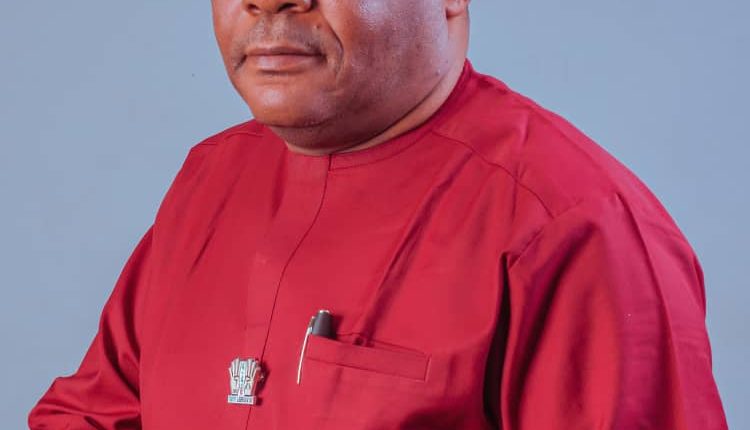 ….Says He Honoured GSM By Stepping Down For His Preferred Aspirant, (Kunle Yusuff)

It is exactly 4 months ago that I hosted the good people of Akinyele/Lagelu Federal Constituency and most especially, the rank and file of our great party, the Peoples Democratic Party (PDP) in Oyo State and beyond at a remarkable socio-political gathering in my village, Alape in Igbo-Elerin, Lagelu Local Government Area of Oyo State where I publicly declared my intention to run for the House of Representatives, Akinyele/Lagelu Federal Constituency under the PDP with pomp and pageantry after due consultations with several stakeholders within and outside the party.

Though, a number of well-wishers and lovers of our mission statement were greatly perturbed considering the big blow that fell on our political dynasty having lost our forerunner, a great Philanthropist and erudite federal lawmaker, Hon. Temitope Olatoye Sugar to this same struggle having been gruesomely assassinated on an unforgettable day, March 9, 2019 when the Gubernatorial election was held. However, we are resolutely committed to this vision so as to actualize the dream of Olatoye Sugar which is centered on enhancing human welfare through exceptional philanthropic gestures, reducing socio-economic imbalance and ensuring real dividends of democracy get to the helpless downtrodden at the grassroot.

This vision we have rigorously pursued in the last few years and different stakeholders (community and religious leaders, politicians, the youth, the women & other opinion leaders in formal and informal sectors) appealed to me by leading the liberation crusade which birthed our House of Representatives political ambition and we put our very best to seek the supports of all and sundry in the PDP to make the dream a reality. At this juncture, I have to be mostly sincere with you that I was amazed with our acceptance and the supports we got from leaders and great members of PDP across board.

Lately, I have been inundated with calls from well-meaning Nigerians (home and abroad) on why I stepped aside at the tail end of the struggle and my being conspicuously missing on ballot at the PDP Primary Election for the House of Representatives held on Monday, 23rd May, 2022 at the Lagelu Local Government Secretariat.

The Original Son of the Soil, my campaigns transversed the length and breadth of our Federal Constituency and I have said at many fora hitherto that none of the contending aspirants has our credibility, dexterity or the overwhelming capacity and boldness to face the opposition and win conveniently at the general election like my humble self, Hon. Olajide Olatoye popularly called Big Daddy Sugar but with a caveat that only God Almighty and my highly revered principal, the Asoludero of the Universe, Engr. Oluseyi Abiodun Makinde FNSE can seek my withdrawal from the race.

Being an elite, a retired teacher and now a seasoned businessman, I give priority to meritocracy with credibility and competence but not at the expense of other mutual partners who have equal rights to the throne and well qualified as others. Hence, I championed the “LAGELU LOKAN” slogan to have a PDP REP Candidate and winner from Lagelu come 2023. We have supported Akinyele LGA as REP MEMBERS at Four different times since 1999 but only twice Lagelu had been opportuned to have their own sons at the Green Chamber. This struggle I vividly led even to the tables of His Excellency, Engr. Oluseyi Makinde FNSE and other great state and national leaders of our party.

However, at the 11th hour of preparation for the House of Representatives Primary Election of our great party, the PDP, our great leader, the GSM revealed his preferred aspirant to me. This came as a rude shock to me, my followers, supporters, delegates and well meaning members of our great party who share our vision considering our earlier sacrifices, huge resources committed so far and most importantly, our very bright chances at the primary election and general elections forthwith.

Despite the great challenge and further consequences on the continual co-existence of our dynasty and teeming supporters, we still found it expedient to submit to the wish of our principal, Engr. Oluseyi Makinde whom our 100% loyalty resides with. I thereafter communicated my withdrawal from the race to the Governor and also congratulated his preferred aspirant (Hon. Kunle Yusuf) from Akinyele LGA in advance of the conduct of the primary election.

Surprisingly, destiny took the day as my bossom friend of several decades, one of the aspirants from Lagelu, Alhaji Abideen Adetokunbo Adeaga emerged the winner of the primary election in our Federal Constituency. I therefore unequivocally state that, I have no regret for submitting totally to the view of my principal, Engr. Oluseyi Makinde and I with my group are absolutely loyal to his leadership.

Also, I Hon. Olajide Olatoye have no hesitation to the collective will of the people which is by extension, the will of Almighty God for electing Hon. Adeaga as PDP House of Representatives Candidate, Akinyele/Lagelu Federal Constituency and I hereby congratulate him for this success and the resounding one that awaits him and PDP family as a whole at the general election in 2023. I therefore willingly and voluntarily offer myself in multifunctional capacities as the Campaign Lead of Adeaga for REP 2023.

On behalf of my humble self and the entire Olatoye Sugar Dynasty, I congratulate His Excellency, Engr Oluseyi Abiodun Makinde FNSE for emerging as the PDP Governorship Candidate at the just concluded primary election and I am more than confident that Oyo State shall overwhelmingly say YES to GSMs re-election having creditably fulfilled all his electoral promises. I also congratulate the Senator in waiting for Oyo Central Senatorial District, Oloye Oyebisi Ilaka, our own Hon. Akintunde Olajide AKT for Lagelu House of Assembly, Hon Lekan Abiola and Hon. Deacon Olatunde Kehinde of Akinyele State Constituency 1 and 2 respectively for success at the party primaries, and all other PDP candidates across Oyo State.

We shall collectively celebrate the resounding success in 2023 after the polls. The masses are behind the party and as widely being acknowledged even by the chieftains of the opposition, I also declare that APC and other opposition parties are dead in Oyo State and PDP will gallantly take it all. Our amiable Governor, House of Assembly, House of Representatives and Senatorial candidates will emerge victorious. I therefore appeal to all aspirants who wrongly assumed to have completely lost out in the primaries and contemplating leaving the party or seeking redress in the court of law to kindly jettison such ignoble ideas. Please and please, let us work together and I can assure you that PDP is a home for everyone and we shall be sufficiently compensated by God and the party afterwards.

Conclusively, this piece will be incomplete and meaningless without thanking leaders and members of PDP in Akinyele/Lagelu Federal Constituency and beyond, Olatoye Sugar Memorial Foundation members, my family, friends, associates and most importantly, our vivacious media team as well as other well-wishers for all your supports.

Thank you and God bless.