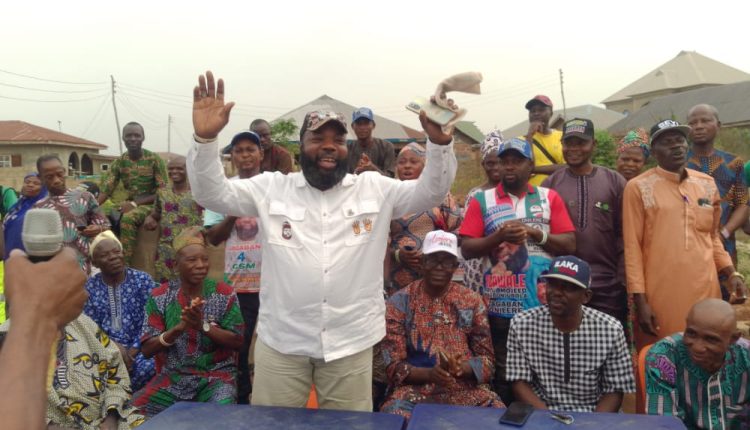 Among several projects facilitated by Hon Mogbonjubola Jagaban is a motorized borehole, culverts, scholarship for a student of the community, provision of job and several other assistance even though he is not the serving Honourable representing the Federal Constituency. The leadership of Apete Awowo also passed good remarks on Governor Seyi Makinde for bailing out Pensioners and civil servants among them and described the choice of Chief Oyebisi Ilaka, Hon Mogbonjubola Jagaban and Hon Waheed Akintayo Ilumoka as brilliant decisions and pledge to ensure their victory at the poll.

In his remarks, the former Commissioner for Environment, Hon Jide Adewale, commended the people of Ajogbelede for appreciating Hon Mogbonjubola Jagaban on his contributions so far to the community and Ward 3 as a whole.

The Oyo State PDP PRO, Engr Akeem Olatunji, while expressing his joy and happiness over the acceptance of PDP candidates as a result of Governor Seyi Makinde’s excellent performance and masses friendly policies.