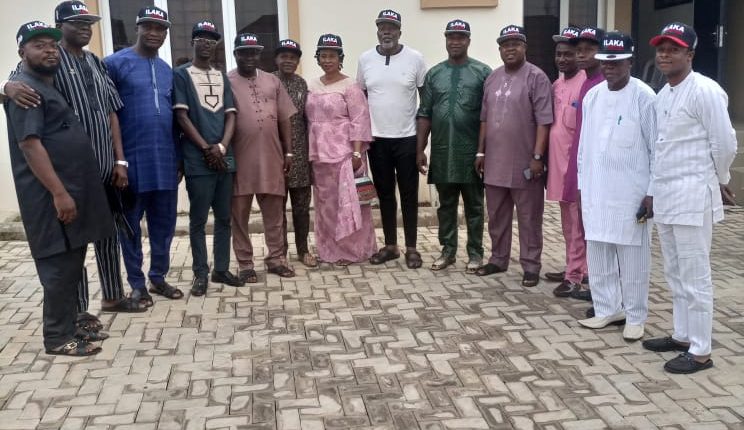 The Senatorial candidate of the People’s Democratic Party in Oyo Central Senatorial zone Chief Oyebisi Ilaka, yesterday met with all the LCDA Chairmen in his Senatorial zone, the meeting which was first of it s kind was aimed at soliciting their support and also to synergize all efforts towards achieving success at the 2023 general elections.

Ilaka in his remarks thanked the LCDA Chairmen for making themselves available for the meeting emphasizing that he holds them in high esteem, and knows the amount of political influence they have on the electorates in their various LCDA. He noted ” Though I have met everyone present at different occasions individually, however this this is the first time I am having this sort of meeting with you as a group and I am very delighted about it.

As the flag bearer of our Party for Oyo Central Senatorial, I am soliciting your support to ensure that we work together, so as to secure victory at the polls not just for me,but everyone contesting on the platform of our Party.”

He noted further ” Governor Seyi Makinde through his positive and impactful style of governance has made campaigning much easier, it is therefore imperative that we maximally harness this goodwill the Governor has generated”.

Ilaka who was the former Chief of Staff to Governor Seyi Makinde, affirmed his readiness to work closely with the LCDA Chairmen, just as he is doing with the Executive Chairmen in Oyo central.

Earlier, Speaking on behalf of the LCDA Chairmen Hon. Oluloyo, Atiba LCDA had expressed gratitude to Ilaka for meeting with them, noting that the meeting, though long over due is a step in the right direction. He assured the Senatorial candidate of the support of the chairmen, asserting that ” Ilaka is a good man, with him Oyo Central Senatorial zone is guaranteed of quality representation” Oluloyo however advIsed Ilaka to also have an enlarge meeting comprising the LCDA Chairmen and the Executive Chairmen of local government to avoid a situation where the two groups are working at cross purposes. The Atiba LCDA Chairman also advised that Ilaka Meet with councilors, SA’s and other government appointees at the state levels from local governments comprising Oyo Central. While also suggesting the need for Ilaka to have a meeting with House of Representatives candidates of the Party in Oyo Central Senatorial, so as to work together to create a formidable force.

All the LCDA Chairmen in Oyo Central Senatorial zone were present at the meeting.