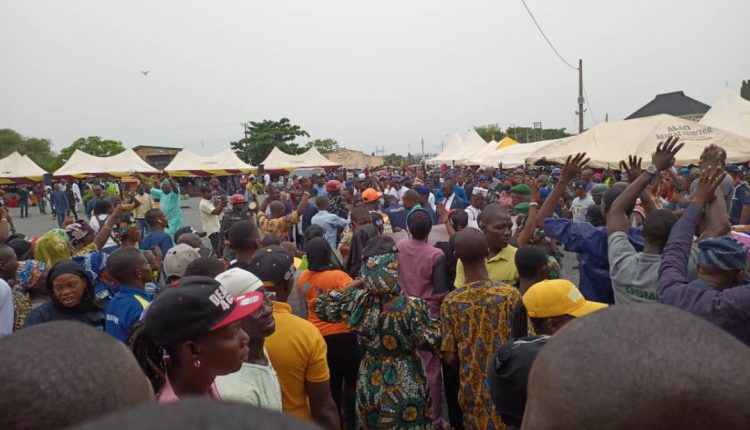 The commissioning of the new-market consisting of 84 open shops, eight unit of convenience for both genders, staff-offices, trailers and car parks are expected to deepen unity and promote harmonious relationship among different ethnic nationalities trading at the market.

Late Chief Imam of Oyoland Was Personality of Faith –…

The Governor during the commissioning ceremony attended by top government functionaries, Royal Fathers, religious leaders, traders and many others declared that Infrastructure at the market would the economy the state.

Promising to collaborate with Oyo state Government in restoring glory of the Pace-setter, Chairman, Akinyele Local Government, Taoreed Adedigba, requested for continued collaboration among traders in the market.

The traders association promised to use the stalls effectively and avoid dis-harmony that can cause chaos.

Dignitaries at the event include Chief of Staff, Hon Segun Ogunwuyi, Commissioner for Works, Infrastructure and Transport, Professor Kehinde Sangodoyin, Commissioner for Trade and Commerce, Barrister Olasunkanmi Olaleye among others.