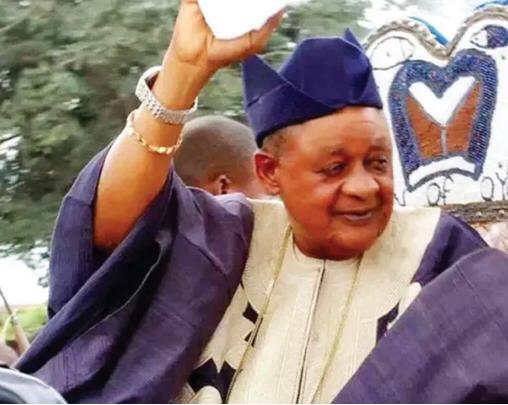 Twenty eight ruling families from the Agunloye Ruling House have called on the Oyo Mesi (kingmakers) to pick the next Alaafin of Oyo from among the princes from the families.

Twenty princes from the 28 families are said to have applied and shown interest in the stool just as the deadline set for the submission of applications end on Friday (today).

The Head of the Mogaji Isale Oja Agunloye, Abdukareem Ishaq, told Punch  correspondent on Thursday in Oyo that Agunloye gave birth to 29 children and the family of just one of the children, Lawani Agogo Ija, had produced Alaafin three times.

He said it was now the turn of one of the 28 families of Agunloye to produce the next Alaafin.

He said, “It is our turn to produce the next Alaafin and we are calling on the Oyo Mesi to be fair in this case. Those on the other side have been saying it is their turn again and we find this disturbing.

“Alaafin Adelu Agunloye was the first son of Alaafin Abiodun Atiba, who established the present Oyo. Agunloye gave birth to 29 children and Alaafin Ajuwo Lawani Agogo Ija family has been the only family producing Alaafin since then and neglecting the other 28.

“Our children have applied to me and they are 20 in number. They are from these 28 families whose turn it is to produce the next Alaafin. I think some may still show their interest but tomorrow (Friday) is the closing date we fixed for submission of application.”

He said the families had princes who have excelled in various fields and who have deep knowledge of tradition and culture and the carriage to succeed Oba Lamidi Adeyemi.

“Although we are making an appeal now but we are ready to take the case to court if we are sidelined this time round. The three Alaafin produced by the Agunloye Ruling House were from one family. So, they should pick the next Alaafin from one of us.

“Our aim is to further develop Oyo town, we want companies to be established here and to make life better for everyone. The state government should also ensure that justice and fairness prevail,” he added.

Recall that the stool became vacant following the death of Oba Adeyemi on April 22 at the age of 83.

Oba Adeyemi was produced by the Alowolodu Ruling House and according to the law, the next ruling house to produce the next Alaafin is the Agunloye Ruling House.