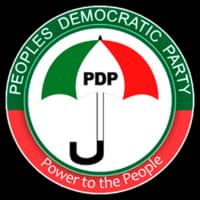 As party members and delegates prepare for the May 22nd scheduled party primary election to elect the flag bearers of the Peoples Democrat Party for the Federal House of Representatives across the State.

The people and members of the party in Ibadan North have expressed concern over likely bruits of violence at the venue of the primary on the day of the election.

You will recall that on the 4th of May, one of the leading aspirants, Hon. Segun Olaleye popularly called Radical Brother in a press release warned those who he referred to as the Fifth Columnist to bury their thoughts of using violence to manipulate the event. In his words “our Amiable Governor GSM, already promised level playing ground in this election and we believe him because he is a man of his words. I want to sound a notice to all the little demons, bragging to hold Ibadan North by the jugular on that day, that a RADICAL BROTHER CONTESTING THIS ELECTION and many other noble people of repute.”

It was gathered that the whisper of violence is believed to have emanated from the fear that one of the aspirants who is sponsored by a very close associate of the Governor is planning on mobilising PMS members to disrupt the process so as to manipulate the result.

You will also recall that the Party Chairman in Ibadan North Local Government, Prince Seun Adelore has also expressed his concern when he appealed to the Governor at the stakeholders meeting to help secure the military facility within Ibadan North as a venue for the primary.

Given to the political peculiarity of Ibadan North Local Government, it is only advisable for the governor to be proactive in dealing with the brewing situation before it becomes a full blown calamity.