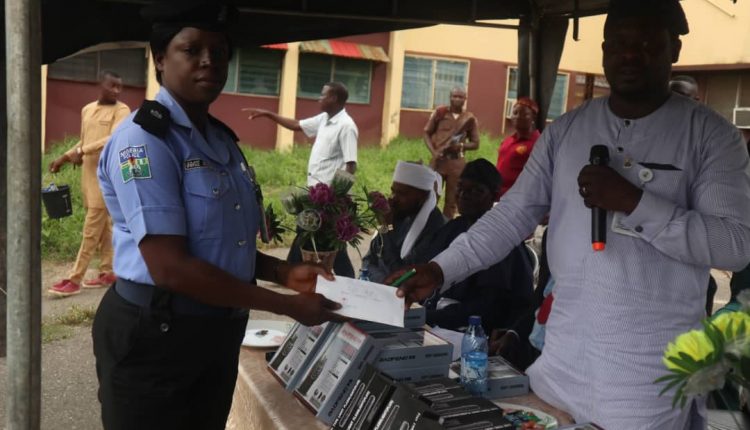 As part of efforts to nip the security challenges in the bud in his local government, the Chairman of Ido Local Government, Hon. Sheriff Aderemi Adeojo has inaugurated a security network, codenamed: Voluntarily Policing Sector, comprising various local security groups to work with the existing security structure in the council area.

The LG boss, during the inauguration of the security network, held at the council secretariat, recalled that recently, some armed Fulani herdsmen who were traveling from the northern part of the country were intercepted at the local government by security agencies.

According to him, they claimed they were traveling to the Ibarapa axis for hunting, but they couldn’t convince them on their mission in the region.

His words: ” Today, we are making history in our Local Government with this special occasion. As we speak, we are all aware of the numerous security challenges facing our country.

Recently, some armed Fulani herdsmen who were traveling from the northern part of the country were intercepted here in Ido Local government by the security agencies.

“Though they claimed they were traveling to the Ibarapa axis for hunting, but they couldn’t convince us on their mission in our region. We keep wondering, whether there are no bush meats in their region? Why the southwest?

“As a result of this, there is need for us to act before it degenerates to level which we cannot handle.

We have never had it this bad in the past. We hear news of attack on our people everyday. You will all agree with me that the role of the government is to ensure security of lives and properties. That is the reason we are all trying to put the right peg in the right hole.

As part of our efforts to checkmate the evil activities of bandits, we have inaugurated ‘Voluntarily Policing Sector’ comprising various local security groups to work with the existing security structure in the Council area.

This security summit is posed to address some of the challenges facing our council.”

The highpoint of the event was the distribution of gadgets to various security outfits. The equipment include, Walkie Talkie, Stunners, Cash gifts as empowerment among others.