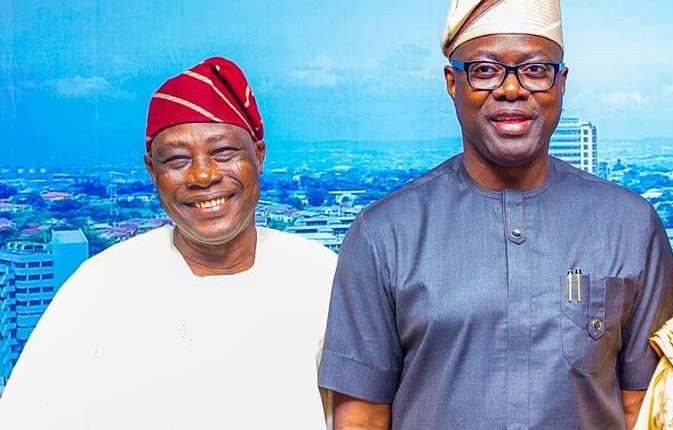 In a bid to deliver quality healthcare services to Nigerians, the Federal Government has expressed determination to revitalise Primary Healthcare Centres, PHCs in every ward across the country.

According to Dailynigeria.com, Mr Shuaib was in Ibadan on an inspection visit to few PHCs in Oyo State.

He said that Federal Government has renovated over four thousand PHCs in the last four years of President Muhammadu Buhari-led administration, adding that government would revitalise the PHCs.

He said government would also ensure that health workers embark on periodic training so as to have capacity to deliver quality healthcare services to Nigerians.

“Federal Government has renovated over four thousand PHCs in the last four years of President Muhammadu Buhari-led administration. We will revitalise the PHCs.

“We will ensure that health workers embark on periodic training so as to have capacity to deliver quality healthcare services to Nigerians.“We are doing better than how it was few years ago; our ambition is to have at least one functional PHC per political ward across the country,” Mr Shuaibu said.

He said no matter the huge amount expended on buildings in the health sector, it could not be enough, except revitalising the PHCs.

Mr Shuaibu said that the PHCs would be revitalised by recruiting well trained health workers, better pay for workers, security and putting in place infrastructure.

He said healthcare of Nigerians was the priority, adding that their effort was to ensure Nigerians were well treated with dignity and compassion whenever they access the facilities.

Mr Shuaibu said that Nigerians must be respected, given medication and managed well to recover from their illness.”

Mr Shuaibu said that there was need for adequate human resources to have well trained and respectful personnel to attend to people at various health centres.

He said they needed to improve the quality of healthcare in the PHCs, adding that this was the reason why they were working with the state governors, commissioners and traditional rulers.

Mr Shuaibu commended the efforts of the state government, particularly the executive secretary of Oyo State Primary Health Care Development Board and others in the health ministry for providing adequate immunization.

“Looking at the data, Oyo State is one of the best performing state when it comes to the stage 3.0 roll out of the integrated COVID-19 campaign, which was launched in Abuja three weeks ago.

“We are here today to encourage them and commend them for the outstanding work they have been doing as well as tell them that Nigerians appreciate them,” he said.

Also, Dr Bode Ladipo, the state Commissioner for Health, described the visitation as an attestation to the efforts of the state government toward affordable healthcare delivery.

Mr Ladipo said that the state government was currently working on the renovation of over 351 PHCs across the state.

The commissioner said that all the PHCs shall become fully operational by the end of the present administration.

He said that people have been enjoying easy access to affordable healthcare services now at their door steps.