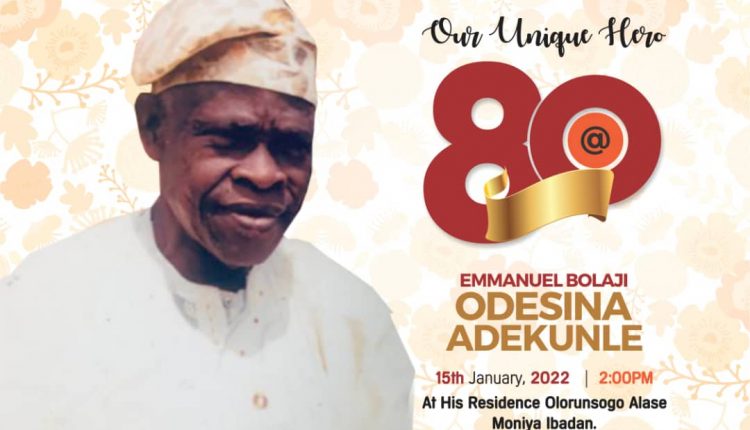 Chief started his elementary education at St.Paul’s Primary School,Abidemi Ikoyi in Osun State of Nigeria. He passed out in 1960.He furthered his education by going to Hope Secondary Modern School,1961-1964 Orita-Aperin, Ibadan,Igbo Elerin Grammar School,Bamgbola, Ibadan 1963-1964,Oke Ibadan High School, Oke ofa,Ibadan where he completed his secondary school in 1967.

He voluntarily retired after completing his 35 years mandatory service in March 3rd 2001 at Ugehli Delta State.He retired with the rank of CSIO (Chief Supretendent of Security Intelligent Officer)Department of state service.

During his sojourn at work, he travelled  outside the country such as U.K,USA,Ghana for special training and courses,After his retirement he became a successful Livestock Farming such piggery, goat rearing and fishery. He was conferred with chieftaincy title by his people as Chief Bobagunwa of Alase Land,Moniya, Ibadan and also Former chairman Landlord Association Olorunsogo Alase Communities, Moniya, Ibadan.
Baba got married and the marriage is blessed with children and grandchildren such as triplet and twins which brought up the name “BABA META”.
Glory be to Almighty God.

Happy 80th birthday to our father and grandfather.

ONE SOLDIER ARRESTED AS INVESTIGATION IS ONGOING TO IDENTIFY, ARREST ALL CULPRITS IN THE UNFORTUNATE ASSAULT ON TRAFFIC WARDENS IN IBADAN