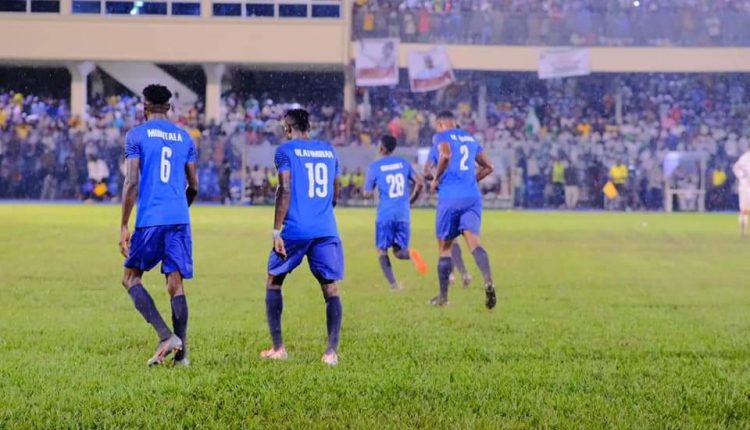 The 17 footballers that were reportedly sacked by the management of Shooting Stars Sports Club on Thursday have been recalled, 24 hours after they were verbally laid off by the club, Saturday PUNCH reports.

3SC, as they are fondly called, sacked the players on Thursday, following a review of the team’s performances in the ongoing Nigeria Professional Football League.

The Oluyole Warriors, who are winless in their last five league games, are three points above the relegation zone, having recorded just 20 points from 17 matches.

But the club management rescinded the decision after an uproar from their fans.

One of the players, who spoke on condition of anonymity, said he was traumatised by the news.

“It has been a tough week for me and to hear I was sacked by the club was a big blow to me,” the player said.

“I was informed about the sack on phone by a team official and that made me sad. But at least there is something to cheer a bit as we have been recalled back.”

Another player Wasiu Alalade told Saturday PUNCH that he was not officially informed of his dismissal by the club, saying he saw it on social media.

“Nobody told me I’ve been sacked because I have a one-year contract with the club,” Alalade told Saturday PUNCH.

“So, it was shocking to see on social media that I’ve been sacked.”

When our correspondent contacted the club’s media officer Tosin Omojola on the issue, he said, “Everything is under control now. Nobody has been sacked officially, but let’s wait for a statement from the club on the matter.”

Meanwhile, the League Management Company has kicked against the move to sack players with contracts without informing the players involved nor the LMC.

A statement by the LMC dated March 11 and signed by the body’s Chief Operating Officer, Salihu Abubakar, and addressed to the Acting General Manager, Shooting Stars Sports Club, Ibadan, which was made available to our correspondent, said it was against the purported sack, urging the club to follow due process.

“Our attention has been drawn to recent media reports which disclosed that your club intends to terminate the subsisting contracts of some of your currently registered players,” the statement read.

“Be informed that both Rule B9.40 of the Framework and Rules of the Nigeria Professional Football League, and Article 16 of the FIFA Regulations on the Status and Transfer of Players explicitly restricts the unilateral termination of Player Contracts during the course of a season.

“These provisions exist to protect the sanctity of contracts between Clubs and Players. You are therefore advised to comply with the above provisions as they will be strictly enforced.

“Failure to comply with these extant football regulations will result in appropriate sanctions against your club, which may include and not be limited to an immediate transfer ban, pending the fulfillment of all financial obligations to the players concerned.”