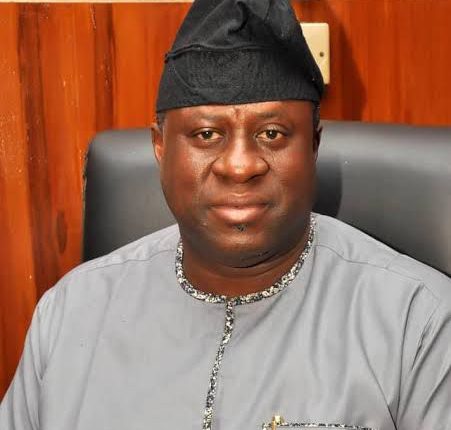 Fatokun Felicitates Oduyoye on His Birthday

A member of the Oyo State House of Assembly, Hon Ayotunde Fatokun has felicitated Babatunde Oduyoye, the Special Adviser on Political Matter and Strategy to Oyo State Governor on the occasion of his birthday.

Keep The Fire Burning As You Begin Another Journey –…

In a statement by him on Friday, Fatokun said he joins the government of Oyo state in celebrating with the two term House of Representatives member.

The Chairman, Parliamentary Council congratulated the Oduyoye, his family, supporters and political associates on the landmark age, which he said has been heralded by many lofty achievements in the private sector and public service, attracting recognition at home and abroad, especially in contributing to his state and national development.

How Otunba Akala Was Used To Turn My Life Around – Fast Rising Musician,…

Keep The Fire Burning As You Begin Another Journey – Oyo Gaming Board DG,…