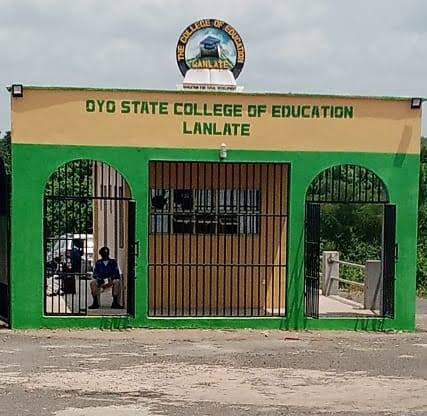 A sociopolitical group, Better Oyo Movement (BOM), has faulted the Oyo State governor, Engr. Seyi Makinde, for deliberately reneging on promises to the Oyo State College of Education, Lanlate, believing same is a continuation of his disdain for the people of Ibarapa. Oyoinsight reports.

BOM, in a release by its Chairman, Dr. Femi Fakunle and Secretary, Engr. Tunji Hammed, in Ibadan, the Oyo State capital, specifically pointed to the decision not to approve the arrears of the consequential adjustment to the minimum wage, which he had openly promised, with pomp and circumstance, during his working visit to the College on Friday, 11 February, 2022.

“Isn’t it disappointing that a governor who promised members of staff he’ll pay their entitlements within 4 weeks, urging them to call off their strike, has not done so, 13 weeks after?” the release queried.

BOM, equally noted that even other monies, like the Capital and Special Intervention Grants, promised the College by His Excellency, had not been paid, 13 weeks after, let alone the Governor’s promise of fixing the only bridge linking the College’s permanent site!

“Without a doubt, we’re not surprised a bit, because we know equivocation to be the governor’s hobby, and his disdain for Ibarapa Region not hidden,” BOM alleged.

We’ll Not Resume Academic Activities Until……

Citing specific instances where the Governor said one thing in the past and did the direct opposite when he got to power, BOM listed his “campaign of calumny against the use of Lagos-based Consultants by the Ajimobi administration, and the promise to utilize civil servants, only for him to now deploy Consultants in nearly every sector of the state’s economy, with the example of Platinum Consultants, an indigene of the SouthSouth!”

Another instance, according to BOM, is the payment of salaries to tertiary institution workers on the 42nd, rather than the 25th the governor deliberately trumpets, not forgetting the current payment of 80% salaries, leading to the accumulation of salary arrears, like the Ajimobi administration whom he had demonised, for the same reasons, while seeking office.

BOM, which lamented the sorry state of infrastructure in the Lanlate College, as well as the poor welfare conditions of its workforce, argued that if the College’s Visitor, on whose hands solutions to the College’s multifaceted problems lie, could be so unconcerned, what hope then lies for the College, going forward?

“Since the governor has no affection for Ibarapa, demonstrated in his no-show in terms of projects commissioned in the past three years, his disinterestedness in matters of the Lanlate College can be understood, sadly,” the release said.

Urging the College Community to remain steadfast, prayerful and committed to its progress and development, despite government’s deliberate and sustained actions to the contrary, Better Oyo Movement (BOM) invites the public to note, that though weeping may endure for a night, joy comes in the morning.