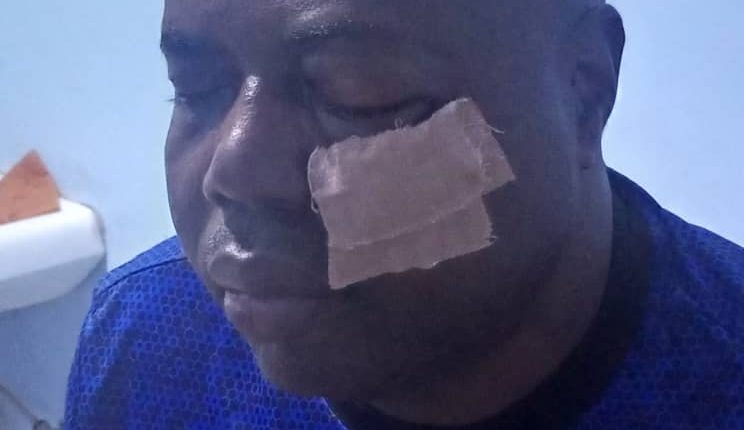 The chairman of the Oyo State Sports Council Ibadan, Honourable Gbenga Adewusi (Arole)
was attacked at the Lekan Salami Sports complex Adamasingba by hoodlums shortly after the
Match between the Shooting Stars football club and Mountain of Fire (MFM) football club.

The Chairman was inflicted with injuries on his face and other parts of his body and was rushed
to the hospital by the General Manager,Mr Gboyega Makinde and other officials of the council .

According to the Chairman , he was trying to prevent the hoodlums from attacking the 3sc
Players in the dressing room when the hoodlums descended on him.

The attackers attempted to vandalise the stadium by throwing chairs and stones to the staffs
Of the sports council that were persuading them to desist from the willful and malicious destruction of facilities at the stadium.

The attackers escaped before the intervention of the law enforcement agents. The incident was formally reported to the police .