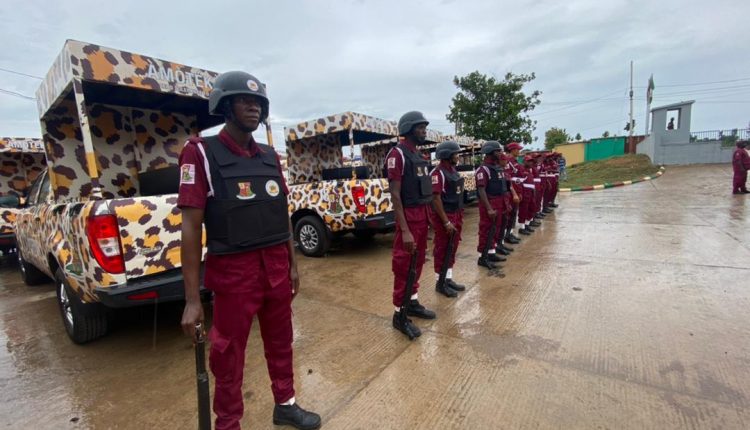 As part of measures to stem up the security of lives and property in Oyo state, Governor Seyi Makinde with the support of the Amotekun Board has made provision of one hundred operational vehicles for the corps.

Gracing the laudable project at the Amotekun headquarters in Ibadan were stakeholders from the State Government, Local Government chairmen across the state among many others.

Retired General Ajibola Kunle Togun, Chairman Amotekun Oyo State while speaking, appreciated Governor Seyi Makinde for his pro activeness in combating crime in Oyo State as a whole, he also appreciated the Local Government Chairmen for their unrelenting support in ensuring that this project is actualized.

The Chairman also spoke on the improving relationship between the Amotekun corp and the Police, although he said there’s room for improvement.

State Commandant Amotekun corp, Col. Olayinka Bisiriyu Olayanju, further urged residents to follow the steps of Governor Seyi Makinde as this is the only way security of lives and property can be improved upon.

The vehicles have been distributed to various Local Governments in Oyo State.

A Billion Of Your Personality Couldn’t Have Defeated Ajimobi In 2019 But Makinde’s Tactical Ingenuity, Voice Over Jingle Made You A Senator – Ex- Commissioner Exposes Balogun’s Dismal Performance