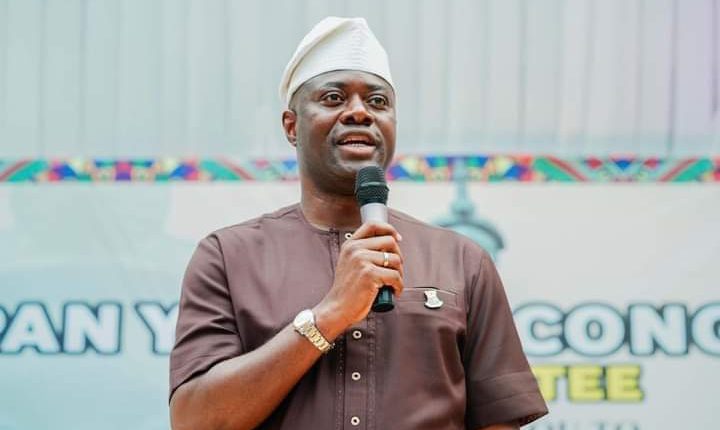 Determination to make Oyo state, Nigeria’s first point of learning destination has been revealed by Governor Seyi Makinde, for advancement of Educational impartation.

Makinde stated while turning Sod of the Administrative Building of the College of Agriculture and Renewable Natural Recourses, LAUTECH Iseyin campus, at Okeho Road, Old College of Education Site, Iseyin.

The Oyo state’s helmsman also stated accomodation of the campus in the capital expenditure which forms integral part of the proposed 2022 budget still undergoing scrutiny by Lawmakers of the state’s House of Assembly led by Speaker Adebo Ogundoyin.

Earlier in his address, the Pro-Chancellor and Chairman of the Ladoke Akintola University of Technology, Professor Ayodeji Omole, recalled the institution’s problems before the eventually ceding by the National Universities Commission to Oyo state Government.

While appreciating Governor Makinde for giant strides made till date, Senior Advocate of Nigeria who is also a philanthropist, Ahmed Raji, demanded upgrade of infrastructural facilities for the campus to aid easy-movement of students and boost economic activities.