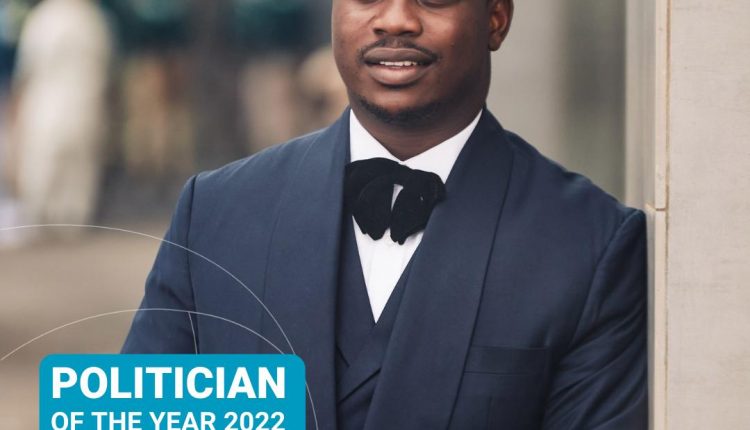 Just In: Oyo Commissioner For Youth And Sports, Fakorede Becomes First African To Win OYW Politician of The Year Award In UK (Photos)

The youngest and one of the brightest Commissioners in the cabinet of Governor Seyi Makinde led administration, Engr. Seun Fakorede, MNSE on Thursday was announced as one of the five winners of the “OneYoungWorld Politician of the year 2022 award.

GOAL POACHER NEWS had reported on 24th February, 2022 that the Honourable Commissioner For Youth and Sports, Fakorede, was shortlisted as one of the 15 nominees of the international award.

The award will be presented officially to Hon. Fakorede in the city of Manchester, United Kingdom, in September, 2022. His words: 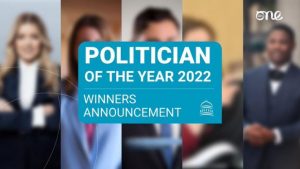 We’re Hiding in Bunkers, Internet Down, Can’t Get Food, Fuel…

“I am honoured to announce that I have been named as one of the five winners of the #OneYoungWorld Politician of the Year Award 2022.

“The Award from @OneYoungWorld was established to help counter the low levels of political engagement and increased disillusionment with political processes that young people are experiencing across the world, this award celebrates the world’s leading young politicians who have infiltrated the old guard of politics.

“I dedicate this award to my amiable principal, Governor Seyi Makinde who is a symbol and model for good governance in Nigeria. My gratitude to His Excellency, can’t be expressed in words. He gave me the political platform to thrive and actualize my potentials. Little wonder he has been described as the most youth-friendly Governor in Nigeria.”

“I am honoured to be awarded this together with four other incredible politicians who are having a positive global impact and inspiring others with their leadership. I look forward to attending the One Young World Summit in Manchester, United Kingdom in September”

We’re Hiding in Bunkers, Internet Down, Can’t Get Food, Fuel – Nigerian Students in…