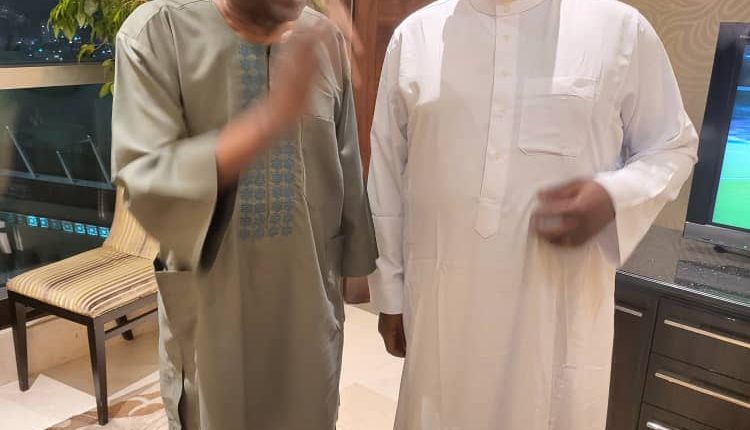 Mr Samuel Adenitan, an ICT and media entrepreneur who is an ally of the Accord Party governorship candidate in Oyo State, Chief Adebayo Adelabu, has described the comments by the All Progressives Congress (APC), Southwest, Vice Chairman, Chief Isaac Kekemeke, as very unfortunate and defying common sense.

Chief Kekemeke had, in an interview on Thursday in Ibadan, debunked a statement credited to Adelabu that the APC presidential candidate, Asiwaju Bola Tinubu, is aware of his move to the Accord party. Kekemeke had in the said interview described the statement as false assertion, stating that Chief Adelabu did not inform Asiwaju Tinubu that he was going to contest the Oyo State governorship election in Accord Party.

Chief Kekemeke had claimed that it was impossible for Asiwaju Tinubu to support the candidacy of Chief Adelabu in another party.

However, while reacting to Kekemeke’s response, Adenitan who is also National President, Nigerian Youth Coalition for Peace and Sustainable Development, in answering questions from journalists at an event on Friday in Ibadan, waved aside Kekemeke’s claim, citing a number of examples to prove that Chief Adelabu, a former Central Bank of Nigeria deputy governor, still enjoys maximum support from the APC presidential candidate despite moving to an alternative party.

“Kekemeke and his cohorts should ask themselves how Adelabu got into First Bank and how he eventually got a job at the nation’s apex bank where he rose to the position of deputy governor before he retired voluntarily to go into politics. How did Chief Bayo Adelabu emerge as the APC governorship flagbearer in 2019 despite Late former Governor Abiola Ajimobi’s preference for Joseph Tegbe?

“Tinubu and Adebalu’s relationship started way back and not even the feined ignorance of the APC can stop that. Common sense would simply show that Adelabu still enjoys maximum support from Tinubu.”

Adenitan also reminded Kekemeke that Tinubu is not a man who compromises his relationships just for his political gains.

“Do recall when former Governor of Ogun State, Ibikunle Amosun, was in the All Nigeria Peoples Party, ANPP, and his political career was in jeopardy, it was Asiwaju who made way for him to join the APC owing to a long standing relationship. Another point to show that Tinubu does not forget his own easily is when he stood by the current Governor of Ekiti State, Governor Kayode Fayemi, who was able to clinch the APC governorship ticket after the initial attempt was truncated and despite all odds not in his favour. Same also goes for Abiola Ajimobi.

“Everybody knows that Asiwaju Bola Tinubu is not happy with the unfortunate development in Oyo APC as he has stated that he was aware of the various fraud that that took place during the party’s ward, local government, state and delegate congresses all in a bid to prevent Bayo Adelabu and himself from emerging as the party’s flagbearers”, he noted

He warned that Chief Kekemeke’s statement could put paid to the chances of the APC presidential candidate if he is not called to order.

He maintained that for Asiwaju Bola Tinubu to emerge as president of Nigeria, he must be able to amass votes from sympathisers from other political parties, particularly among the youths.

Adenitan stated that the APC is presently a sinking ship, particularly in the Southwest, saying no one should live under the illusion that Tinubu cannot back Adelabu on account of party differences.

Recall that a breakaway faction of Oyo APC known as the Unity Forum, a formidable group within the party, as well 80 percent of the elders’ caucus, members of forum of councilors as well as former Council Chairmen, Vice Chairmen, Secretaries, Chiefs Of Staff and Supervisory Councilors had officially left APC to join Accord Party.

No Going Back On Buhari’s Impeachment –Aggrieved Lawmakers