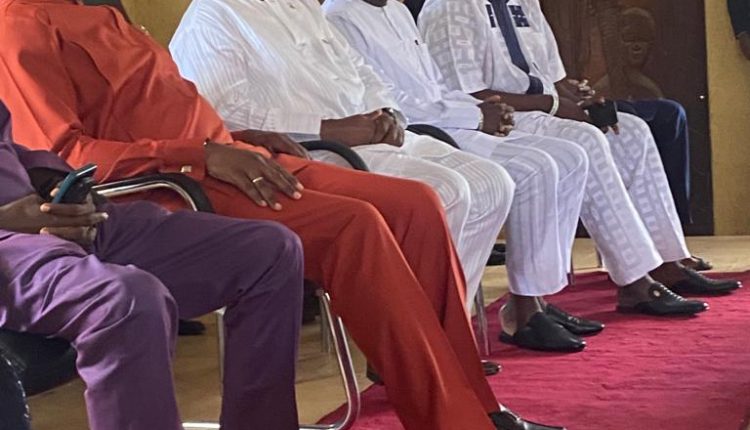 Oyo.  State Governor, Seyi Makinde has described the demise of Aseyin of Iseyin Land, Oba Abdulganiy Salaudeen Adekunle as huge loss to the people of the town, Oke Ogun and Oyo State at large.

Makinde disclosed this on Thursday when he led the delegation of government functionaries on a condolence visit to the palace of the late monarch.

Makinde who spoke in Yoruba said he and the late monarch had cordial relationship adding that he was passionate about the development of the ancient town than what anyone could imagine.

The Governor validated his position on the late monarch’s passion for development by citing two events that were remarkable before his demise. His words: ” When I was thinking about Ogbomoso-Iseyin Road, I called Kabiyesi, I highlighted the economic benefit of the road, but there is an opposition, there were people that may feel we were not justified with the amount to be invested on the road.

“Kabiyesi said, governor, that route was where his forefathers took to Iseyin, he said if it has no economic benefit, it has social and cultural benefits and that changed my mind completely and I said Kabiyesi, the road has been approved.

He described his demise as personal loss to him as a person and governor. He however said his time on the throne brought progress and development to the town. He assured the family that the late monarch would be given a befitting burial and prayed for God’s wisdom to direct kingmakers to pick a worthy successor.

Share on:
WhatsApp
Makinde Reveals What Late Aseyin Did On Sick Bed 24hrs Before His Demise
Share WhatsAppFacebookTwitter

Road to 2023 : Tegbe’s Contribution To Human Development is Incomparable // By Afeez Quadri