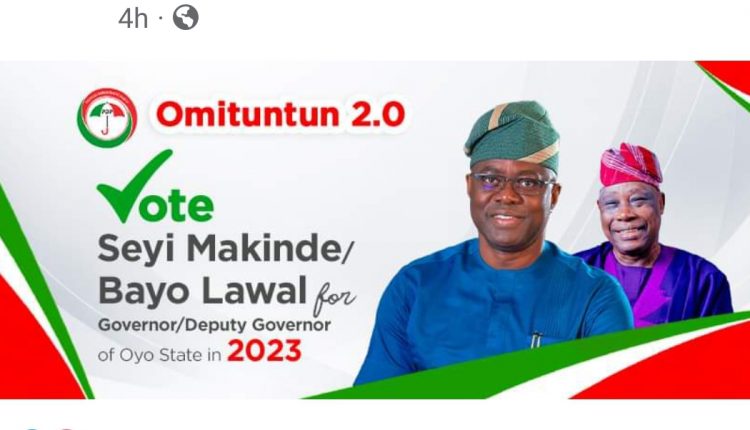 Makinde’s Interview: “The Fabric of Truth is Too Strong For Your Criticism To Penetrate – Makinde’s Ally, Adeleke Tutors Isiaka Kehinde

I do not know anywhere in the world where failures are happy to wear the toga of the failed. It is also true that when people have nothing else to criticize, they begin to fumble around in a maze of confusion.

His Excellency, Governor Seyi Makinde’s recent radio interview was a factual, straight forward session which detailed many of his efforts at delivering good governance to the people of Oyo State.

However, some people are already running diarrhoea because they simply cannot find holes to pick. The fabric of truth is too strong for their criticism to penetrate. @Isiaka Kehinde, you aren’t even convinced by your own assertions above which really are pointless.

I mean, what point have you made? A butterfly that thinks himself a bird is a rather vague statement. Methinks that if Makinde hadn’t really done well as you tried to allude, you will have more solid points with tangible example.

However, it’s nice to know that you are aware that it is the electorates who will speak at the polls. I am confident they know the truth and that truth is that Seyi Makinde is miles ahead of his predecessors in terms of development, social welfare, etc. structures, records, data don’t lie.

Share on:
WhatsApp
Adeleke Tutors Isiaka KehindeMakinde's Interview: "The Fabric of Truth is Too Strong For Your Criticism To Penetrate - Makinde's Ally
0
Share WhatsAppFacebookTwitter