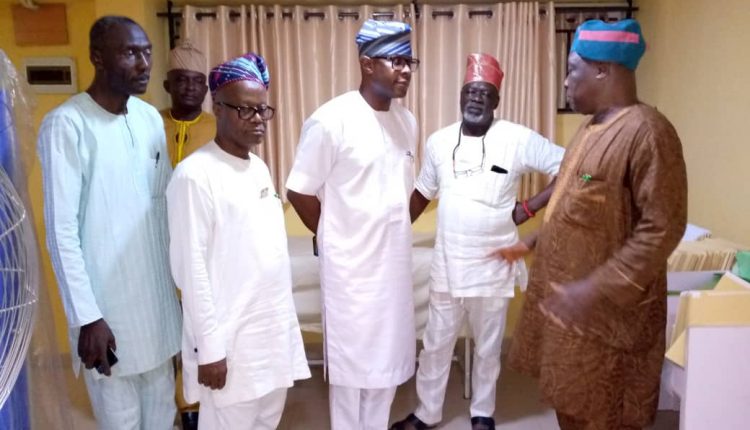 The new Special Assistant to Governor Seyi Makinde on Housing and Urban Development,  Olatilewa Folami said he would strive to contribute meaningfully to the socio-economic development of the pacesetter state.

According to him his office and the state housing corporation would compliment one another for the benefit of the entire citizenry of the state.

He registered his appreciation to the chairman,board members,management and the entire staff of the corporation for the warm reception accorded him and lauded the management under the leadership of Barrister Bayo Lawal for the various developmental strides the corporation has recorded.

He was later conducted round the Bodija headquarters of the corporation.

In his remarks, the Chairman of Oyo State Housing Corporation,Barr. Bayo Lawal has implored the Special Assistant to the Oyo State Governor on Housing and Urban Development ,Mr. Olatilewa Folami to use his new position to evolve an enduring regulation for the standardization of Land Administration in the state.
Barr. Lawal made the call in Ibadan while playing host to the newly appointed Special Assistant at the Bodija headquarters of the state housing corporation.

The housing corporation boss lamented the haphazard development of the environment because of lack of adequate legal framework to govern and regulate the built industry.

He was confident that with the appointment of Mr Folami as the S.A on housing and urban development,the state would witness transformation in the area of physical development of the environment.

Barr Lawal who described the appointment as a great value addition was optimistic that , the appointee would avail the state of his wealth of experience in real estate .
He assured him of adequate support to guarantee his success in office.