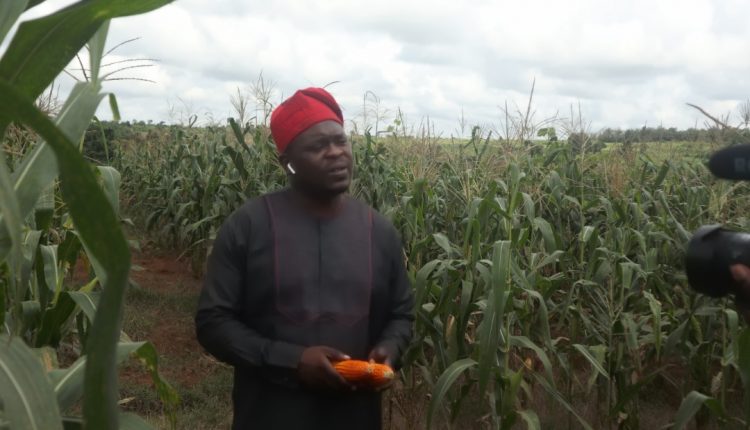 The Executive Chairman of Ido Local Government, Hon Sheriff Adeojo has renewed the commitment of his administration to boost food production, security and agricultural development in his council area particularly in cultivation of Vitamin A cassava and Vitamin A maize production with the view to curbing malnutrition.

The Council boss made the pledge on Thursday at the council’s secretariat during an interactive session with farmers and other stakeholders in agribusiness.

GOALPOACHER NEWS quoted Hon Adeojo as saying that Ido LG could develop to become the richest council in the state if its agricultural potential was fully harnessed and utilized.

He noted that his administration will increase funding for the production of cassava and maize in which Ido has a comparative advantage.

Adeojo however admonished the farmers to put in their best in the efforts to eradicate hunger in the state and create job opportunities for the teeming youths.

He stressed that the initiative which he started over a year ago would ensure the sustainability of the state’s efforts to empower farmers by expanding the its economy through agriculture.