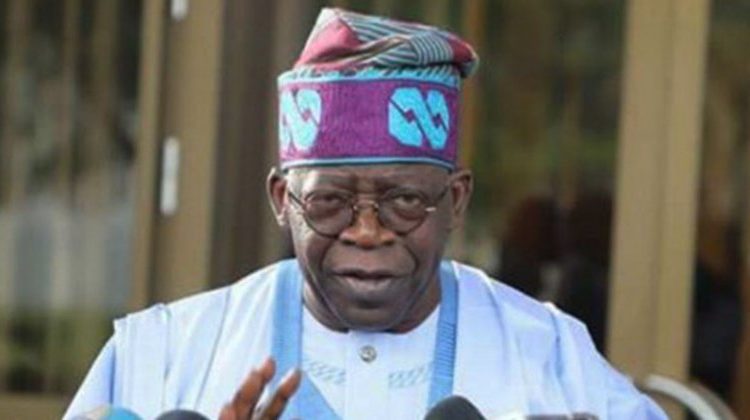 A former Managing Director of Alpha Beta Consulting, Dapo Apara, the All Progressives Congress leader, Bola Tinubu; and the current Managing Director of the company, Akin Doherty, have begun discussions on a possible out-of-court settlement following allegations that Tinubu ordered the transfer of over N20bn from Alpha Beta to some private business accounts. Punch has learnt.

The lawyer to the plaintiff, Mr Ebun-Olu Adegboruwa (SAN), said this before the High Court of Lagos State sitting at the Tafawa Balewa Square on Tuesday.

During the proceedings, Adegboruwa informed the court that the order made on November 2, 2021, for substituted service of all court processes on Tinubu had been complied with by the court bailiff.

Adegboruwa stated that the bailiff served Tinubu on November 24, 2021, at his No. 26 Bourdillon Road, Ikoyi, address through the courier service of DHL, adding that an affidavit of service had been filed by the bailiff to confirm this position.

The court looked through its records and confirmed the position as stated by the lawyer.

Adegboruwa also informed the court that the parties and their counsel had met on several occasions with a view to resolving all the issues in controversy amicably and to this end, proposed terms of settlement had been exchanged, which might have explained the absence of the defendants and their counsel in court.

The senior advocate then urged the court to grant more time for the parties to consolidate on their settlement talks.

It will be recalled that Apara filed the suit early last year seeking to hold the defendants accountable for financial transactions in Alpha Beta.

In the suit filed by Adegboruwa on behalf of Apara, the former MD said Tinubu controls Alpha Beta, a tax consulting firm that has exclusive rights to monitor and generate revenue on behalf of the Lagos State Government.

Apara, who had in 2018 written a petition to the Economic and Financial Crimes Commission accusing Alpha Beta of N100bn tax fraud, asked the court to compel the firm to pay him his entitlements even as he alleged that Tinubu was the one that got him removed from his position for investigating the firm’s finances.