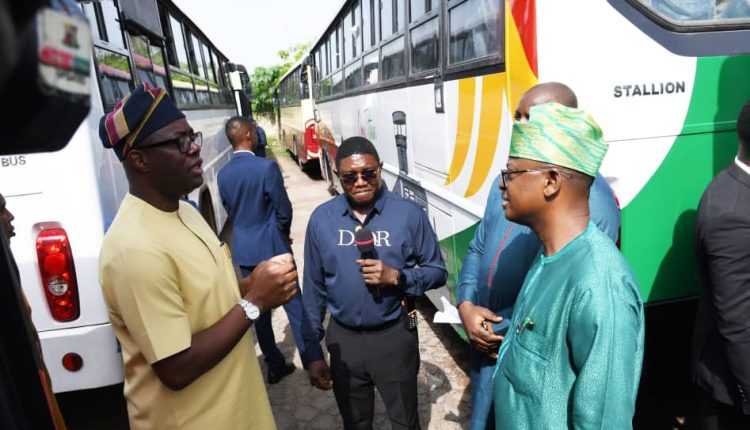 Oyo State Governor, ’Seyi Makinde, on Thursday, declared that the Pacesetter buses soon to be launched by his administration will provide world-class transport service to the state.

The governor while inspecting the Omi Tuntun luxurious buses at the Pacesetter Transport Service, Eleyele, Ibadan, alonside the Hon Commissioner for Public Works, Infrastructure and Transport, Professor Kehinde Sangodoyin hinted that the government wants to ensure that the  Pacesetter buses remain at the forefront of the transportation system in Oyo State.

A statement by the Chief Press Secretary to the governor, Mr. Taiwo Adisa indicated that the governor was received at the Pacesetter Transport  Company by the Board members of the company led by its chairman, Mr. Dare Adeleke, Vice Chairman, Mogaji Ademola and General Manager, Hon Wole Akinleye
Makinde said: “We want the Pacesetter service to be at the forefront of our transportation system in Oyo State.

“Ibadan, in particular, is a nodal city. It came to be because people that travel to different locations pass through Ibadan. “If you have noticed, those traveling to Amsterdam always carry bags with an inscription of ‘see, buy and fly.’ So, very soon, by the time what we are trying to do succeeds, it will be good for all of us.

“It is you people working here that will make it work. I can only support it. Very soon, we will begin to see bags with ‘see, buy and stay’ inscriptions on them and that will eventually improve the economy of Oyo State and give us the opportunity to do more for the staff of this organization.

“So, I look forward to a modern transportation system in Oyo State, which is driven and led by Pacesetter Transport Company.”
The governor was also joined on the inspection tour by the Vice Chairman of the Company, Mogaji Oladosu Ademola, the General Manager, Mr. Akinleye Akinwole as well as members of staff.