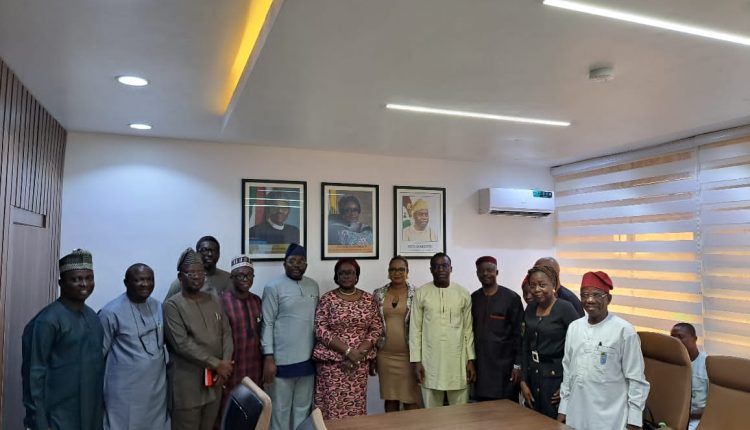 Members of the Council were drawn from amongst top government functionaries in the relevant MDAs with oversight of the three thematic areas of the Human Capital Development Program, namely; Health and Nutrition as well as Education and Labour Force Participation.

The State Focal Person on Human Capital Development who is also the Executive Assistant on Administration to the Executive Governor stated that the National Human Capital Development Program was launched in March 2018 by the National Economic Council (NEC) with a view to stemming the declining Human Development Indices through enhanced investments that will translate to the evolution of healthy, educated and productive Nigerians for a globally competitive nation by 2030.

The HCD South West Consultant, Dr. Dayo Adeyanju who connected virtually commended the Executive Governor of Oyo State for approving the constitution of the State HCD Council in consonance with his passion towards achieving accelerated development for Oyo State. He encouraged the Council to promptly set up the Technical Working Group that will be saddled with the immediate task of developing a comprehensive plan that will indicate various interventions to be made by the State towards achieving the objective of the HCD strategy.

He gave the list of Donors and Partners that could provide support by funding these interventions to include the World Bank, UNICEF, Bill and Melinda Gates Foundation, DFID, Aliko Dangote Foundation, NESG as well as other key Private Sector outfits.

He also intimated the Council of the two day South West HCD Conference coming up in Lagos. The conference will provide the platform to carry out a peer to peer review of each state’s work plan and also facilitate the opportunity for the South West States to meet with development partners and donors. He also stated that achieving synergy between agencies like the federal Primary healthcare agencies and the state ministry of health will be pursued towards achieving the HCD strategy.

While inaugurating the Council, the SSG; Mrs Olubanwo Adeosun welcomed the members of the Council and stated that the role of the Human Capital Development Council is to oversee the activities of the HCD Program in Oyo State by working closely with the technical working group. She observed that Oyo State had attained significant milestones towards replicating the national HCD strategy in the state. She stated that the establishment of the Human Capital Development Council being inaugurated, is another critical milestone being attained.

The inaugurated HCD Council has the following members:

1. The Secretary to the State Government- Mrs Olubanwo Adeosun- Chairperson