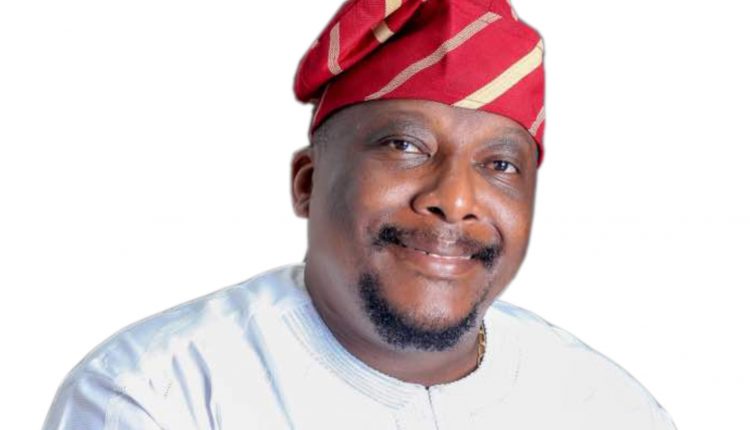 The immediate past Executive Chairman of Oyo State water corporation, Dr Anthony Adepoju popularly known as ‘Ibarapa Kan’ has noted the Oyo State Governor, Seyi Makinde will soon make appointments to the position of the board chairman and General Manager of the Oyo State Water Corporation.

Reacting to the issues, Ibarapa Kan stressed that the meeting he had with the directors of the corporation was an attempt by concerned stakeholders to bring peace to the troubled staff and management of the corporation which is said to be caused by power tussle among the directors after his resignation from office in compliance with the electoral act to pursue his political ambition.

His words: “The main issue is that members of the board were at the corporation yesterday, with the exception of myself as former chairman. So they had a meeting based on the issue of leadership in the corporation because since my resignation, there has not been any replacement and there’s no person of authority there.

“So it is a power tussle among the directors of the corporation on whom the load of the corporation rest. So that’s the reason for the meeting. So they called me and said it will be good for me to speak with them, speak with the directors on how they can move forward. So, I explained to them that the governor will be making appointments very soon and who will be the next chairman and the GM going forward we’ll soon know. So that’s the main issue that we’ve come to settle.

The former Chairman also debunked insinuations that he left Oyo Water Corporation with vehicles and belongings of the corporation declaring the allegations as baseless and untrue saying that he drives his personal car. He further added that the director in charge of the mechanical department can testify to his claims. He urged the staff to go to the mechanical department for verification.

“There’s nothing like that. I didn’t go with anything. I drive my personal car. The person in charge of the vehicle of the corporation, the director of mechanical department can confirm that, the chairman noted.

On his part, the Executive Chairman of OYRTMA, Ambassador Akin Fagbemi who waded into the issue appealed to the staff of the corporation to exercise patience by allowing the state government to do the needful instead of becoming unruly. Mogaji noted that the administration of Governor Seyi Makinde has contributed in no small measures to the growth and development of civil servants in the state.

He lauded the sterling contributions of Dr Anthony Adepoju to the corporation before he resigned to pursue his political ambition. Similarly, the Executive Assistant to the Governor on Security Matter, Sunday Odukoya said their agitations will be forwarded to Governor Seyi Makinde.