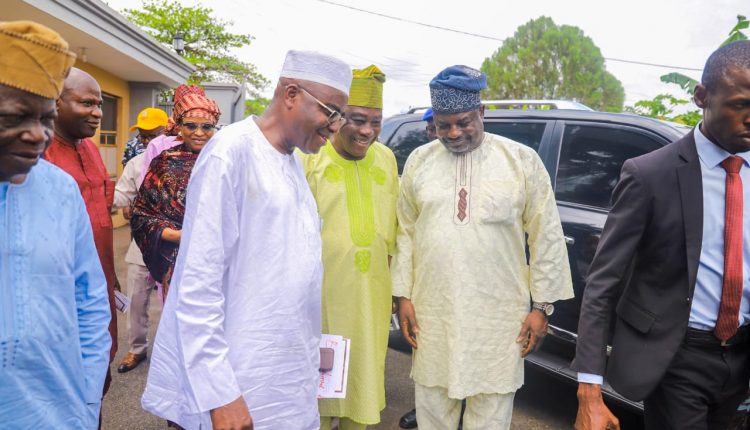 The Deputy Governor of Oyo State, Barrister Bayo Lawal says the administration of Governor Seyi Makinde will not relent in its efforts to make quality and affordable healthcare system available for residents across the state.

Lawal stated this on Saturday at the Commissioning of Purplmed at Bodija, Ibadan, Oyo State capital established by Dr. Yemi Raji.

According to the Deputy Governor, he noted that health which remains one of the cardinal agenda of Governor Seyi Makinde, will continue to explore more partnerships with private sector at various levels and other relevant institutions at making life better for the citizens.

He stated that government alone cannot fund the healthcare system in the country, urging more private sector investment in the Nigerian healthcare sector. He highlighted some of the achievements of the present administration in the health sector to include, upgrade of major hospitals in all the zones, renovation and revitalization of 351 primary healthcare centres across the state, launching of ‘Tomotiya Initiative’ among others.

Earlier in his remarks, the chairman of Purplemed Solution expressed his appreciation on the completion of the project, which he said would further increase the capacity of healthcare system in Oyo and helps to deliver on its performance objectives.

On his part, the founder, Dr. Yemi Raji said the new healthcare facilities will reduce medical tourism to foreign countries saying that at Purplemed, all facilities needed are available.