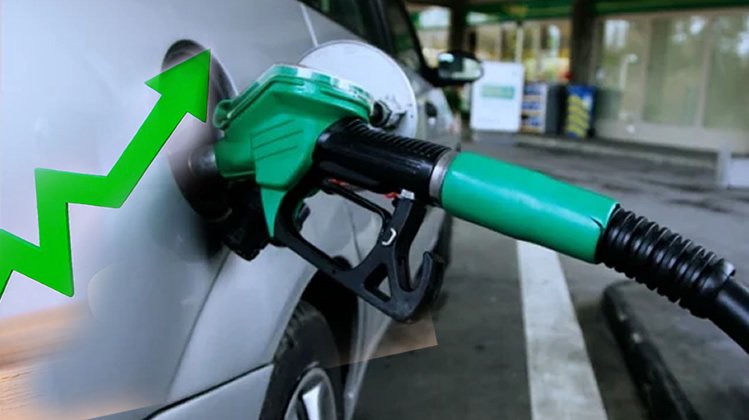 The pump price of Premium Motor Spirit, popularly called petrol, may go higher than the projected N340/litre in February 2022 when the Federal Government removes its subsidy on the commodity, oil marketers said on Tuesday.

Also, it was gathered that both independent and major oil marketers were perfecting plans to resume PMS imports once the government halts the subsidy regime.

They, however, expressed worry over the fluctuation in foreign exchange rates and how this would impact on petrol price next year.

For about four years, the Nigerian National Petroleum Company Limited has been the sole importer of petrol into Nigeria. Marketers stopped importing the commodity due to their inability to effectively access the United States dollar for imports.

Last week, the Group Managing Director of NNPC, Mele Kyari, announced at a World Bank event in Abuja that petrol would sell for between N320 and N340 per litre from February 2022 by which time the Federal Government have removed the subsidy.

He explained that Nigeria would be out of the subsidy regime in the first quarter of next year, stressing that subsidy would have been eliminated this year but was stalled due to certain conditions.

The current pump price of petrol at filing stations is between N162 and N165/litre, although the product is mostly sold at the upper N165/litre rate due to recent challenges in the downstream oil sector.

But marketers told our correspondent on Tuesday that the cost of petrol would be higher than the projected N320 – N340/litres if there was no improvement in the foreign exchange rate.

IPMAN and PETROAN members own bulk of the filling stations across the country and currently make purchases from depots before selling to final consumers at their various retail outlets.

“Yes, if there is no subsidy, some marketers can import, but the only thing is that it will be costly. The price will be higher than the projected cost because of the exchange rate,” the National Vice President, IPMAN, Abubakar Maigandi, stated.

He added, “The challenge of accessing forex will definitely affect imports because over 90 per cent of petrol that will be consumed across the country will depend on importation. Also this is because the refineries are not functioning.”

The National Public Relations Officer, IPMAN, Chief Ukadike Chinedu, also stated that the foreign exchange rate would determine the cost of petrol from next year after subsidy removal.

He said, “If the Federal Government says there is no going back on subsidy removal this time round, which is a challenge that has dragged on for about 30 years, then it means that they are going to liberalise the market.

“By liberalising the market it will now help independent and major marketers to be able to freely import petroleum products from any source so that products will be available in Nigeria.”

He added, “However, it is pertinent to note the forces of demand and supply will determine the price of the commodity in Nigeria. So literally, whatever the dollar rate is in the international and local markets will pose the actual challenge to marketers

“The issue of black market and official exchange rates is a serious challenge that we foresee. But we believe that the Federal Government is doing something by meeting with the bureau d’change operators on this, so that whatever is obtainable at the banks is what you get in the open market.”

On whether the forex issue could lead to a higher price than the projected N340/litre, Chinedu replied, “Aside from the adverse effects of the removal of subsidy on the wellbeing of Nigerians, we will, of course, see a price that is higher than what they project.

The President PETROAN, Billy Gillis-Harry, confirmed the position of IPMAN, as he, however, explained that members of his association were ready to import the commodity.

He said, “At PETROAN we already have a vehicle that is in place to start importation petroleum products, gas and other products. We encourage the government to completely remove subsidy.

On the possibility of higher pump price than the projected N340/litre, Gillis-Harry said, “That is why we said that every single thing about petroleum products should be premised on the forces of the market.

“The forces of demand and supply should determine the price.”

The spokesperson of NNPC, Garba-Deen Muhammad, told our correspondent that the issue of petrol pricing was not the function of the oil firm.

“Price issues are policy matters. NNPC does not fix price, it has no mandate. It operates in the sector as a business concern governed by CAMA Laws,” he stated.

Marketers, however, urged the government to consider carrying out programmes that would help ameliorate the plights to be faced by consumers when it eventually puts an end to petrol subsidy.