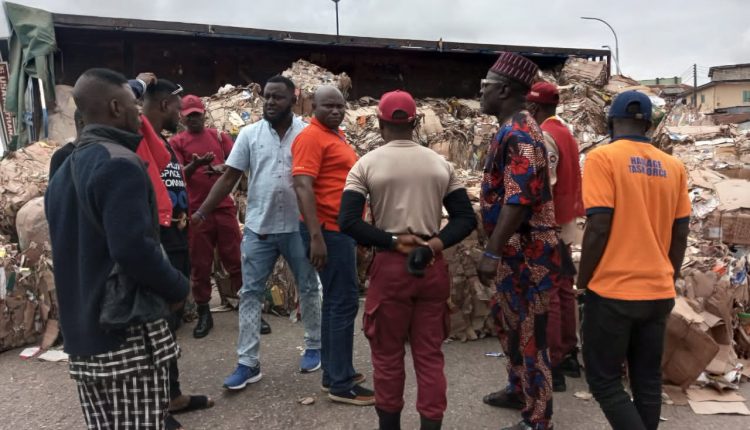 Officers of the Oyo State Road Transport Management Authority (OYRTMA), are currently evacuating a Daf trailer loaded with recycle cartons which was reported said to have rolled over at Molete over edge bridge in Ibadan, the capital of Oyo State. 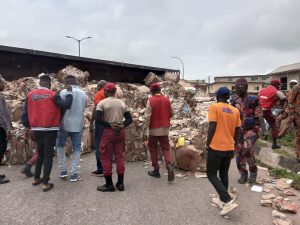 According to the Executive Chairman of the Agency, Mogaji Akin Fagbemi said reckless driving was responsible for the lone accident.

Makinde Bestows Honour On Ifedolapo Ologburo Over Service To… 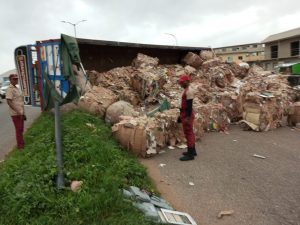 He confirmed that no death was recorded and no one sustained injury. He added that more officers have been deployed to the scene to enhance speedy evacuation of the trailer and debris on the road.

TOURISM: Abiodun Oni Makes Case For Extension Of Reconstruction Of Igboho Road To…