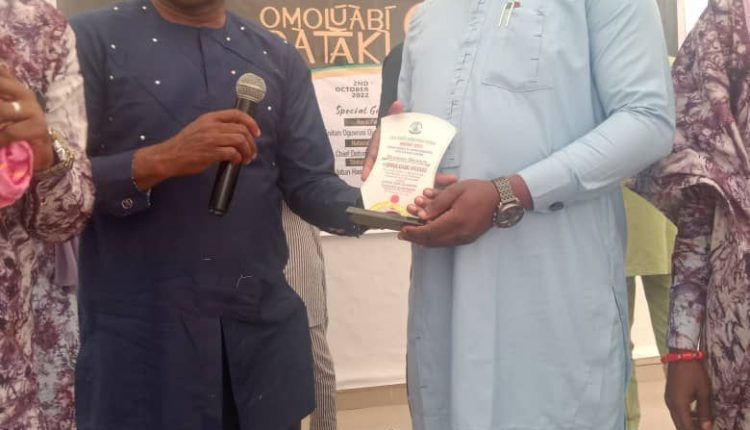 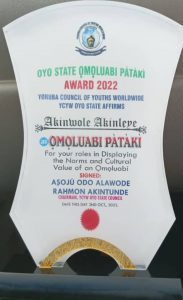 The award was presented to Akinleye by the Asoju Odo Alawode Rahmon Akintunde who is the chairman Oyo State chapter of the association.

Alawode noted that Akinleye was honoured for his roles in displaying the norms and cultural value of an omoluabi.

In his remarks, the recipient of the award, Wole Akinleye appreciated the Yoruba Council of Youths Worldwide for founding worthy of the honour.

He said he was first a thorough bred Yoruba man before becoming a Nigerian and therefore promised to continue to promote the culture and tradition  of Yoruba race wherever he finds himself.