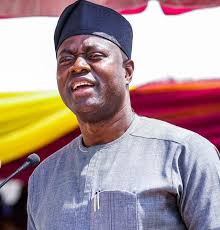 Re: OYO 101: Makinde And The Revolt of The Youth By Victor Olojede

Writing could either be a blessing or a curse to our cherished democracy depending on the overzealousness, bias, disposition about facts and representation of situations, honesty, due diligence, and brilliance.

Where these factors are shown in negativity, a writer would be as dangerous as a terrorist terrorizing character, honest opinions, and situations. As a core tenet of every democratic government, it is right that the state must allow the exercise of freedom of expression, and the effect of this is an expectation of uberrima fides and due diligence from it. This forms the opinions and position of Governor Seyi Makinde on the ideal of democracy and is dedicated to keeping to the high regard he accords it. Hence as good citizens, one must consider good faith above oiled hands and dishonesty.

In this light, the Muftau Gbadegesin has either misdirected himself or by reasons best known to him sacrificed facts for falsehood. To criticize the government is an appreciated endeavor; in fact, Governor Makinde has always been very welcoming to such development as it brings out the best in the administration. But “when we weep, we must not lose sight.” Criticism can only have positive impacts if they are built and written out of facts and sincerity. In addition, being a graduate of Communication and Language Act from the University of Ibadan, I have learned that it is always good to engage even the enemy for facts and rationales. This will watertight your submissions and save you from running into more verbosity, and less fact. The writer had refused to take the very first idea of balance and to learn from the government’s angle; an explanation for his misdirection.

If he had asked, he would have written in a different light.
First, the Governor will always admit his incapability to meet all the needs of the people as the administration underestimated how much the state had been mismanaged by the previous government. Despite this, he has been able to do, in 3 years, beyond what the previous government did in 8 years and is still ready to do more. Making reference to the bursary is the first misdirection the writer made. The governor has been awarding scholarships to students, right before he resumed office. While in office, aside from several assistance rendered to students, the state has been sponsoring the Law School Fees of Oyo State Indigenes, paying 500,000 Naira to each individual. A few weeks ago, the Governor announced the commencement of scholarships and bursaries to all Oyo State Indigenes in Tertiary Institutions. The very demanding situations of the state have truly not allowed the Governor to pay stipend-bursaries but the whole state can agree with the extensive development going on in the state.

The Governor has been faithful with the payment of salaries of workers and also ensures they receive 13th-month salaries in December. Yes, the Governor has touched the students through these strides and by extension, the generality of the youth.
I cannot yet conceive political dementia that affected the writer’s position on Governor Makinde and the Youth. Makinde has lifted several young people, even at the age of 25, to political positions across the state and has reeled out several employment opportunities that have favoured the generality of the youth. The majority of those that have been employed by the state government are youths. The Honourable Commissioner for Youth, The Speaker of the Oyo State House of Assembly, several Special Assistants, and Advisers are young individuals given state responsibilities. The most interesting thing is that many of them, like myself, were appointed based on merit with almost no prior relationship.

The State reinstated the Oyo State Youth Parliament and has since been engaging the honourable members. The state government invested so much in the youth because it subscribes to the notion that the only way to secure the future of the state is to invest in the Youth. Seeing the overbearing impact of the state government on the youth and its readiness to commit sensitive issues into their care, it, therefore, baffles me to think of what muse would have propelled the writer to make such a misrepresentation; absolute dishonesty!

The People Democratic Party is one disposed to the welfare of the people over those of its members and loyal and genuine members of the party will never sacrifice such for favoritism. One of the mistakes the previous administration made was to lose this priority and as such made too many individuals become sacred cows. The Seyi Makinde’s government will never be too careless to allow that and this is why the rate of corruption in the Makinde’s administration is almost nonexistent. Governor Makinde has done his best to help party members as reasonability dictates and anyone requesting more at the expense of the general citizens of the state should be criticized and not agitated for.

If the state must be salvaged from sinking, the way it was met, it was important for the government to build it from the grassroots. This explains the important steps taken by the government on Local Government within the armpit of law. The state thereafter allowed for elections in order to restore the spirit of democracy and give the grassroots back to the grassroots. This opened opportunities for young leaders and further reestablished the Governor’s commitment to youth development.
The mentioned Youth Entrepreneurship in Agribusiness Project (YEAP) is evident enough that the state is committed to youth development.

The program trained 3,300 youths in agribusiness with a futuristic mindset of development. In some cases, stopping at this training is enough achievement for a government but the Governor has decided to sponsor some of these trainees. Just in August, the onboarding of beneficiaries started and about 100 of them have been on-boarded so far with procedures for fulfilling all promises in process.
Right perspectives only come with information and this I believe should be a lesson to the writer. In fact, the youth are largely in support of the Governor and they have shown it in several ways. I still do not understand how these realities slipped Muftau Gbadegesin that he fell into dangerous assumptions.

Share on:
WhatsApp
Re: OYO 101: Makinde And The Revolt of The Youth By Victor Olojede
0
Share WhatsAppFacebookTwitter

Re:OYO 101: Makinde And The Revolt of The Youth By Kazeem Bolarinwa