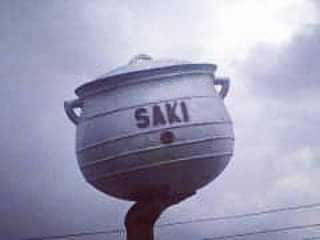 Contrary to a statement credited to one of the leaders of the Peoples Democratic Party, PDP, aspirants under the platform of the party for Saki West State Constituency have said they haven’t agreed with the decision of stakeholders to impose Honourable Femi Julius Okedoyin as the consensus candidate of the party.

The aspirants who confirmed truly that the leaders of the party met them to resolve the issues said there wasn’t anytime at the meeting they agreed to allow the imposition of Hon Julius Okedoyin stands as the consensus candidate.

In a statement made available to newsmen, on Friday, in Saki, they called for a free, fair and credible elections to determine the candidate of the party in the 2023 general election.

“Truly, some leaders of the party met us to find solution to the issues but we made our stand known by saying no to imposition, let Democratic process takes effect. We didn’t agree at the meeting that the imposition should stand.”

2023: Buhari To Endorse Favourite Among Osinbajo, Amaechi, Tinubu, Others Before Primary