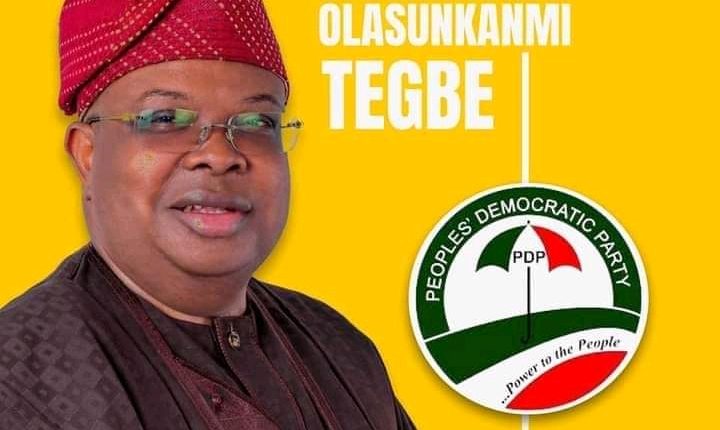 TEGBE: THE ONE ÀRÀBÀ TREE THAT SHAKES THE ENTIRE JUNGLE

The cloud of next general election is gathering momentum as permutations meet counter-permutations among the gladiators. From all indications, Accord Party is contesting against APC on who to take second and third position in the contest because they have already conceded First position to PDP.

During their recent radio interview, Tessy of APC berated the idea of Bus Terminal, he even went as far as saying he would turn it to school hostel but Makinde did not dignify him with a response. In reaction to that, Adelabu of APC came forward for the interview, he frankly chastised Tessy for such uninfomed utterance on the Bus Terminal. Penkelemeesi even rated Makinde extremely high. The war is between APC and Accord.

The various achievements of Seyi Makinde is supported by his ability to make hay while the sun shines. He makes decision that are timely and perfect. For example, during Coronavirus when other States insisted on total lockdown, Makinde said he was not going for that and he opted for partial lockdown, the result after few months is a surge in Internal Revenue Generation.

In the recent time, one of the most prudent decisions of Seyi Makinde is to win Mogaji of Oguntegbe Dynasty to PDP. That reminds me of one of our elementary school poems; Omo Àtàtà, instead of having thousands of filthiness, I would rather have a master that would be glamorous to the world and I would be proud of, because just one Àràbà tree is not a mate to thousands of shrubs.

That is Mogaji of the Oguntegbe family. He’s one golden star signed by Makinde FC that is more than thousands of empty noisemakers on the political pitch. Tegbe has shown that he is the harvester in chief as he reaps electorates from all parties and communities.

From Ìràpadà to Ìbàdàn, thousands of political decampees have been recorded as people move en mass out of other Parties to PDP simply because of Tegbe. His personality is appealing and his lifestyle is simple. He respects people and takes care of their needs. Tegbe is not among the politicians that raise shoulders and shut their doors against masses. His hands are widely opened to relate with people regardless of age and gender.

With the combination of Tegbe and Seyi, I doubt if there would be anyone left in APC and other parties before 2023. When Tegbe charisma is combined with GSM laudable achievements, the result will always be a huge support and admiration from the masses. With this squad! 2023 is a done deal.

Adunola: The Agent of Growth” By Toheeb Babalola