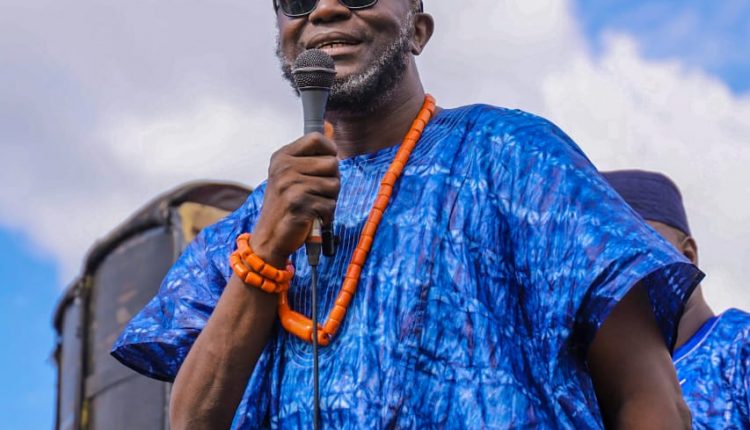 In his bid to ensure that Igbeti town in Olorunsogo local government area of Oyo state becomes an industrial hub, the Commissioner for Environment and Natural Resources, Hon Abiodun Oni has appealed to Governor Seyi Makinde to extend the ongoing reconstruction of Saki-Ogboro-Igboho road to Igbeti.

Oni who is the convener of ‘OYESEYI’ group made the appeal on Tuesday at the celebration of World Tourism Day held at Iyamapo hill in Igbeti.

While speaking, the commissioner lauded the road infrastructure projects embarked upon by the Makinde led government in Oke Ogun and it environs. He noted that the road leading to Igbeti when reconstructed will further boost the economic prosperity of the state.

He said Igbeti town, which is rich in both natural and mineral resources, is begging Government and investors to beam their search light on the huge potentials therein.

Meanwhile, indigenes and residents of Olorunsogo local government have commended Abiodun Oni for grading the load leading to Iyamapo hill which is the tourist centre.