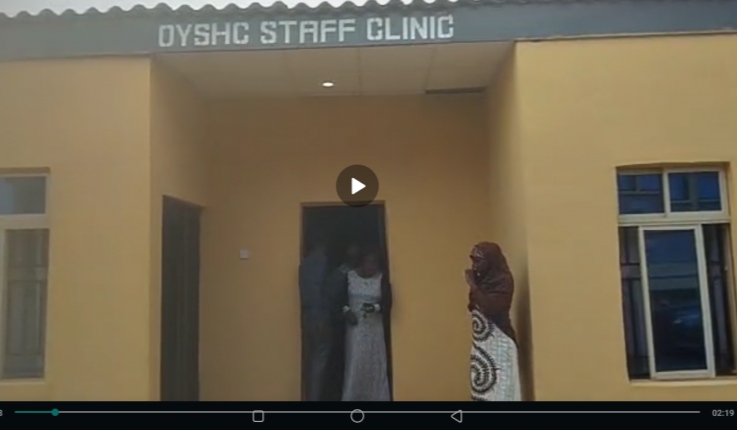 As part of effort to compliment the four cardinal agenda of Governor Seyi Makinde led administration in the area of health, the management of Oyo State Housing Corporation under the leadership of its Executive Chairman, Barrister Bayo Lawal built and inaugurated a fully equipped staff clinic within the premises of the corporation’s headquarters at Bodija, Ibadan. 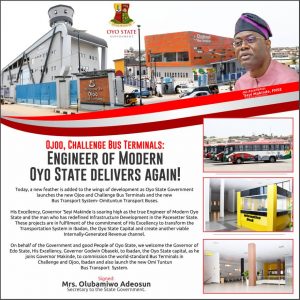 Speaking during the inauguration of the facility on Friday, Chief Lawal expressed happiness that the dream came to past, adding that the facility is capable of handling cases that would ordinarily require committing huge financial resources to at any hospital adding that the management and staff will be able to access quality health care at the clinic.

“We are thankful to His Excellency, Governor Seyi Makinde for giving us the freedom to operate without any hindrance or interference. His support produced this laudable project.

“We did this because our Governor has been prioritising the welfare of workers in the state. Health is very paramount to him and the reason we decided to toe his foot print.”

Staff will will have access to following test such as malaria, HIV, hepatitis, unrinalysis,  Blood sugar, machines for asthmatic patients. Drugs for ailments. Oxygen, concentrator, oxygen cylinder, in house matron,  doctor among others.

Oyo Housing Corporation’s sterling performance under Bayo Lawal  remains one of the best agencies through which residents of Oyo state have rated the administration of Governor Seyi Makinde as the best in the history of Oyo State.