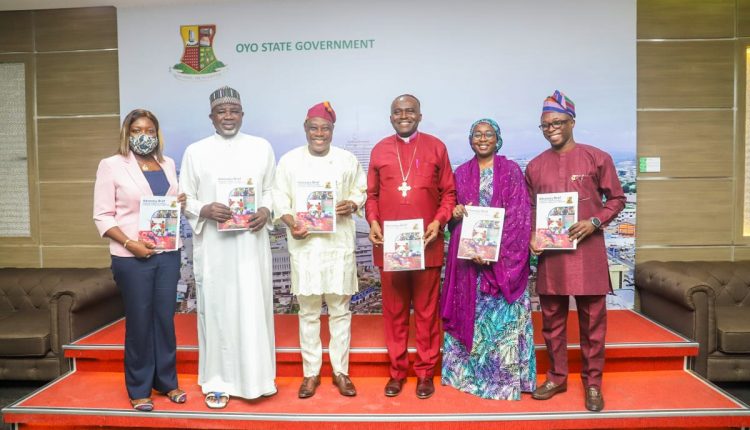 The Acting Governor of Oyo State, Barrister Bayo Lawal has charged relevant stakeholders in the health sector to join hands with Oyo State Government in its concerted efforts to eradicate Malaria in the society.

The Acting Governor gave the charge while hosting members of US president’s malaria initiative for states who paid him courtesy visit at Governor’s Office Agodi Ibadan.

Addressing the team of US president’s malaria initiative for states, the Acting Governor Of Oyo State Barrister Bayo Lawal said good health care delivery is so paramount to the present administration in Oyo state, having expended so much on Heath Care facilities across the state.

While thanking the US President’s malaria initiative for state, on its Advocacy and sensitization programs to combat malaria epidemic across the Nation, Barrister Bayo Lawal, assured that the state would continue to support Advocacy groups in their efforts to bring the malaria epidemic to barest minimum in Oyo State.

In her remarks the Oyo state Coordinator, U S President’s Malaria initiative for states, Dr Oluwayemisi Ayandipo, commended Oyo State Government for running a robust health care policy that has made it ranked topmost among its equals in Nigeria.

She however appealed for more support from the state government in their efforts to conquer the Malaria problem in the state.