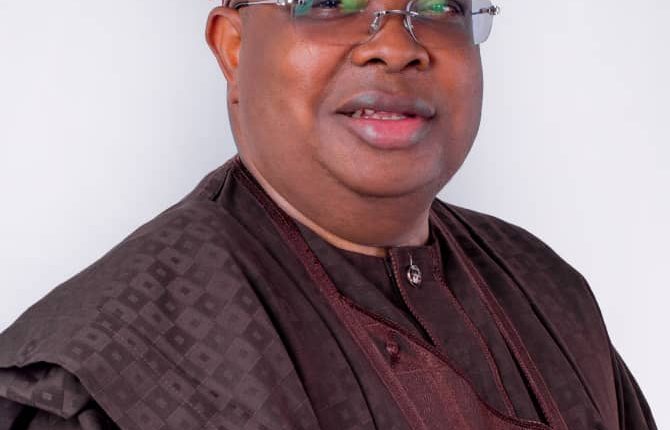 I had been summoned to his palatial residence somewhere in Ibadan. He was a man the mention of who’s name sent shivers down the spine of many men, big and small.

On the way in my friend’s car I kept wondering what it was all about. I kept asking my friend who encouraged me to go if we were doing the right thing. We drove in and walked to the table with the great ‘Leader’ flanked by all kinds of ‘sub-leaders’.

My ‘sub-leader’ stood up pointing at me. “This is the boy who came all the way from Ile Ife and is troubling our people in Ibadan”. Baba asked if it was true, to which I answered in the negative. Many onlookers sighed wondering who this “Ife boy” was who dared disagree with the mighty one.

He stood up straight and looked at me subtly but menacingly and said ‘Taa ni Baba tie n’ile yi”. I calmly replied, “Ladapo from Ido”. He sat down. His looked puzzled. Which of them is your father? I told him.
Surprised, he turned to the people around and said “That’s my friend. We were boys in Ibadan and in Action Group then”
He made me call my dad and they discussed until my call card got exhausted.

I left the place with what I wanted in my pocket and became his adopted political son until he died.

The rest is history for another day. But why bring up this story?

Some have directly and indirectly asked Joseph Olasunkanmi Tegbe the same question the old man asked me. I have sought answers to the question.

Like every true-born Ibadan indigene, Pa Samuel had a village in Akiode in Ona Ara local government. Their ancestral home can be found in a place called “Apata Tegbe” in Akiode.

When he converted to Christianity, as was fashionable then, he removed “Ogun” from his name and became simply Tegbe.

One of them was Madam Oroyemi, who begat four children.

The first was Emmanuel Layiwola Tegbe, who’s Victory Photo Studio in Labo-Elekuro axis was one of the pioneers in the profession in Ibadan land.
Madam Oroyemi ‘s second child was the late Pa Joseph Adejinmi Tegbe, the father of Olasunkanmi Tegbe. Her other children were Adepoju and Olaleye Tegbe.
Pa Adejinmi was a popular book seller who started by working with CMS Bookshops in Amunigun Ibadan, Ipetumodu and Marina Lagos. He established Josy and Sons Booksellers in Abiodun Atiba Street in Oyo town.
He got married to Madam Rhoda Agboola in 1950. Together they sired six children.
1. Olufunmilayo
2. Funke
3. Kola
4. Moji
5. Dayo
6. Joseph Olasunkanmi

Pa Adejinmi Tegbe was a socialite and mixed with the high and mighty. He belonged to many clubs and societies like Oyotoro Society and Ibadan Descendants Union.
Joseph Olasunkanmi Tegbe’s grandfather’s other wives had children, some of whom are still alive.
He has uncles, cousins, brothers and sister who share the same ancestry with JT.
What I have been able to dig up goes almost four generations back.

Like me then, the question “Taa ni Baba tie?” meant to hit below the belt should stand Joseph Tegbe, Omo Baba Oniwe, in good stead.

In order not to be rude I will refrain from asking his traducers “Taa ni Baba tiwon ni ileyi?”
Or even hope to date them back 4 generations.

Let’s talk about it.