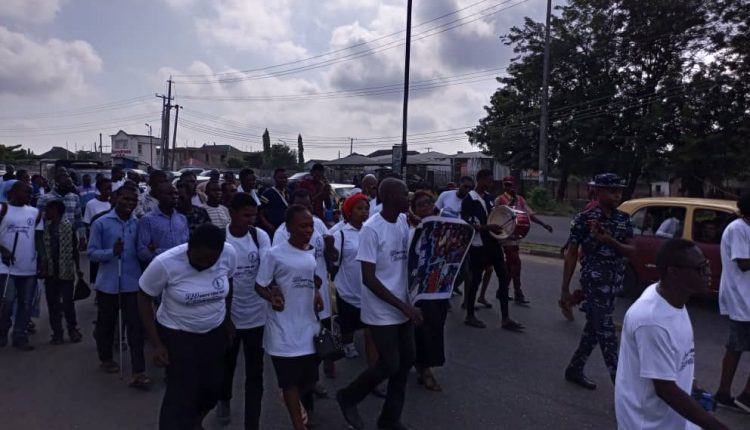 As the world celebrates world sight day, the Executive Assistant to Governor ‘Seyi Makinde on People With Disability, Barrister Ayodele Adekanbi has called for aid support for the visually impaired people in the country in order for them to have the opportunity of moving from one place to another. 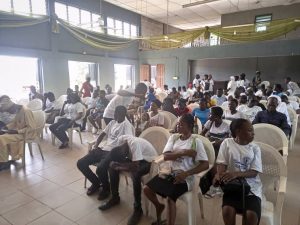 Adekanbi stated this on Friday in Ibadan, during a sensitization road walk to commemorate World Sight Day. According to him, he advised motorists and motorcycle riders not treat people with visual impairment as beggars. His words:

“It’s actually a sensitization program, declared by United Nations, so that we know the meaning of the aide which is meant for blind people to move from one place to another, it’s a aide to let the public aware of what the aide is all about. 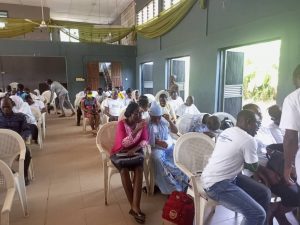 “I can call it aide support for impaired person to help himself or herself to move from one place to another.We realized that a lot of people in the society do not know what it means, especially the transporter and road users.

“Today is to let them know that anytime they see this from anybody that lives with visual impairment, the symbol means I am living with visual impairment but not a beggar, not everybody that carry cane are Beggars, so in essence, the road users, transporter and market persons should be aware that the cane is for the mobility of the blind. 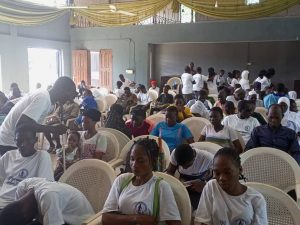 “When you see this white cane, you should stop and give them the chance to pass or cross the road even at the market place, park and garages, the symbol means I am blind but not a beggar, ask me if I need support.

“A lot of people when they see this and want to support somebody with vision impairment, you do not hold the white cane as it’s common in some people, that’s not how to support, you ask first, it’s the duty of the people that love to render support or help visual impaired person by the road side to first confirm from the person.That’s why we are sensitizing the society to know that the cane is meant to help and support the blind to move from one place to another.”

In his remarks, the Chairman Association of the blind, Oyo State, Comrade Bello Lekan, stressed that the sensitization road walk was done to create more awareness among the public to let them know that holding the mobility cane as a blind does not imply that such a person is a beggar.

“Today is an international event, as we’re doing it here, it’s been done across the 36 states of the federation including FCT.
As the program is powered by the Association of the Blind, Oyo State chapter, with the support from government functionaries and some NGO, objective of today is to let the public know that holding the mobility cane as a blind person does not symbolized that the person is a beggar but to call attention that the individual needs support either to navigate the road or a passerby.

“The point is that people should not believe that individual that usually hold that cane are Beggars, No, either in bank, schools, library, government and public places, when we see blind person holding a mobility cane, what it tells us is that provide enabling environment at the person can function with little or no support from sighted individual.