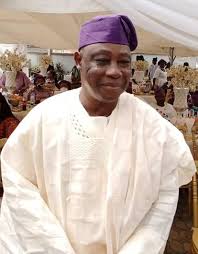 Segun who doubles as the publisher of GOAL POACHER NEWS described Chief Bayo Lawal, the Baamofin of Kishiland and former Commissioner of Justice and Attorney General of Oyo State as the shining light in Governor Seyi Makinde’s administration with his midas touch and transformation in Oyo Housing Corporation which has placed this administration in the spotlight.

“Baba, instead of dimming the light of this administration and your staff, your midas touch has made others feel more comfortable, you have continued to shine and foster the rise of the vibrations of this government people around you.

“Being Happy and Feeling Good does not mean you have no compassion for the misery of those around you. It simply means you won’t dim your light to make them feel comfortable, instead, you’re going to help light the way.

” Your sterling leadership qualities since your appointment by His Excellency has given the corporation a facelift. Baba, I wish you many more prop