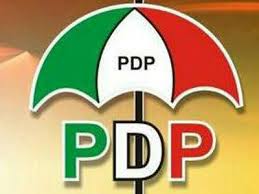 The Oyo state chapter of Peoples Democratic Party (PDP) has reacted to statements credited to the state chapter of All Progressives Congress (APC) and some of its stalwarts for criticising a proposal by the state government to access a N100billion bond facility to expedite action on developmental projects across the state.

The ruling party in a statement signed by its state publicity secretary, Engr Akeem Olatunji, and made available to journalists in Ibadan on Saturday, stressing that the move to access the bond was a very strategic and commendable one which is bound to open up the Ibadan for real investments that will lead to economic growth.

According to the statement, the ruling party lambasted the opposition party for attempting to misinform unsuspecting members of the public with derailing narrative with a view to insight the people against their government.

Oyo state PDP, wondered why the APC government left the state’s critical infrastructures in such deplorable state with humongous debt profile of over N150b as time when foreign exchange was around N170 to $1 than the current situation when over N400 exchanges for $1 leaving the present administration under governor Seyi Makinde no choice than to proactively seek for ways to source for funds to execute its capital projects.

The ruling party explained that if the APC led government of eight uninterrupted years between 2011 and 2019 had expended all monies it got for the development of Oyo state’s critical infrastructures which could have opened up the state for mega investments, the present government would not be enmeshed in such economic rot that would compel it to seek for the bond adding that failure of APC government is why the state is where it is today.

Engr Olatunji in the statement, explained that the practice of outsourcing loans, bonds and other financial instruments to develop critical infrastructures in case of paucity of funds is not peculiar to Oyo state as even western nations engages in such to create the enablement in order to be able to execute capital projects, stressing that what such funds are tied to and the political will to deliver is what matters.

The statement described Oyo APC as an association of gesters who are best at criticizing others hypocritically while hiding its monumental failures, wondering why the opposition was silent when Ogun state house of assembly recently approved a whopping sum of N250 billion loan for Ogun state governor even when details of the loan remains shrouded in secrecy but would jump ahead of itself to castigate what economic experts are commending in Oyo state.

The statement added that the federal government of Nigeria under APC led government has set the country on autopilot since it has lost all sense of leadership and direction after plunging the nation into a near N30trillion debt in less than 6 years with nothing to show for it, stressing that it will only be wise for APC and its stalwarts to bury their heads in shame and stop trying futile efforts to derail a performing governor.

The ruling party in Oyo state explained that the Ibadan circular road, Ibadan Dry Port project, proposed Iseyin/Ogbomoso road, expansion of Airport, Airport road/Ajia road/Amuloko road and other projects the N100b is earmarked to capture are very strategic to driving Oyo state internally generated revenue upward because there are no infrastructures that can generate the projected revenue if those projects are not done urgently.

The party however, said that it is in full support of the governor’s move as the state can no longer survive on the meagre federal allocation to grow, urging Oyo APC to provide a better and sound alternative to its criticism rather than making mockery of itself as lacking in effective economic management before the people who are still healing from the 8years untold suffering imposed on them by the APC led government.