Ondo State Governor, Arakunrin Rotimi Akeredolu says a general doesn’t win a war based on his own ability.

Akeredolu while speaking on FRESH FM COVID-19 SITUATION ROOM this Tuesday, said he just won a battle in the gubernatorial primary election held in the state. 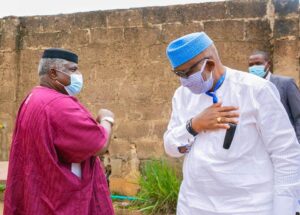 When asked if there were plans to pacify aggrieved party members towards having a united party ahead of the election coming up in October, Akeredolu replied, since I just won a battle, we are going to war, I need others to win the war, we shall be victorious. 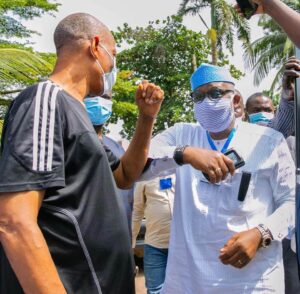 However, Akeredolu told Isaac Brown that he had visited some of his fellow aspirants like Olusola Oke, Amb Sola Iji and Isaac Kekemeke to assure them that to him, there is no victor or vanquished from the primaries exercise. We are stronger and more formidable together.