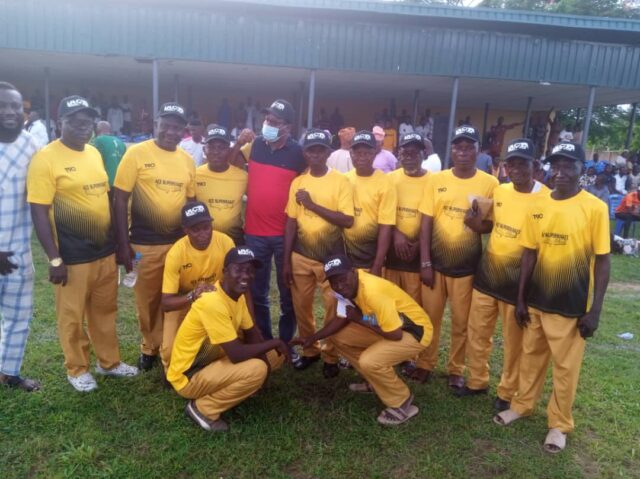 The first edition of ACE Supermarket Unity Southwest Football tournament kicked off on Sunday, with an entertaining encounter between Anifowose F.C , Oyo and Unity FC, Ilora .

The game played at the Federal School of Surveying , Oyo town , saw Anifowose FC defeating Unity FC, by 3 goals to 2 .
The Chief Executive Officer,ACE Supermarket, Prince Adeyinka Afonja , while speaking with journalists shortly after the game , enjoined the players to showcase their talent and endeavor to put in their best through out the competition .

Prince Afonja, who commended the organizers of the championship for the initiative, hinted that the company will sustain the competition with a view to producing formidable team that can represent the state at national competition .

According to him ” We are putting up this championship basically to select best legs and nuture them appropriately. Our focus is to see some of them representing the state at national competition and national team at no distance time ”
” The competition will hold every year, we are going to support the team with official bus and monthly stipends for their upkeep ”
The competition which continues tomorrow at Ladigbolu Grammar School ,Oyo, has 64 games on schedule, with 32 teams across southwest states .

We Have Proved We have Facilities, Logistics To Host The World – Ilaji COO