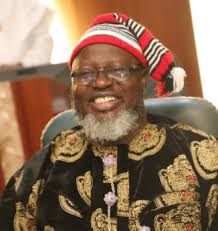 A chieftain of the All Progressives Congress in Oyo State, Barrister Adebayo Shittu has rejected the reconciliation committee set up by the immediate past governor of Oyo State, Late Senator Abiola Ajimobi to reconcile the aggrieved members of the party in the state. Recall Ajimobi after his appointment as the National Deputy Chairman South, appointed another former Governor Adebayo Alao Akala to head the reconciliation committee to reconcile different warring factions within the party.

While speaking on a radio programme in Ibadan, Bottom line on IBR 92.5Fm, anchored by Anuoluwapo Omorinde this Saturday morning and  monitored by GOALPOACHER NEWS, a former minister Adebayo Shittu who affirmed he could speak on behalf of the Unity Forum in the APC declared Alao Akala as the least qualified leader to head the reconciliation committee in the circumstances of Oyo State. His words:
“The Akala led committee has not spoken with me directly, I am expecting one of their emissaries later today,it’s a very clear case, you see, I have all the respect for Governor Akala but I don’t think that the way and manner that committee was set up was made in good fate, it was certainly not made in good fate, why do I say this?

“When Alao Akala took up that job, I actually challenged him, that I thought it was not good enough for him to have taken up such responsibility because, he himself had been frustrated out of APC. As frustrated as I was, I never left APC, he was so frustrated that he had to leave APC for ADP,when was he reconciled for him to now qualify as the chairman of the reconciliation committee.”

“Out of about the twelve members that made up the committee, at least ten of them are known active acolytes of the late governor, if you have two main factions in the party, and you seriously and in good faith want to set up a reconciliation committee, the wisest thing would have been to take perhaps from both factions, that was not done. So with that, I don’t see how we members of Unity Forum would have confidence in that, we will prefer that neutral persons has put together by the national working committee of our party be allowed to do so, so that everybody would feel free that they would get justice in the reconciliation processes.”

“Buni’s committee is not about reconciliation, let me tell you straight away, that Bisi Akande led committee has not yet been outlawed or invalidated, earlier this week, Ekiti members who are aggrieved also met with the Akande led committee which showed hey are still active, I am talking about trust now,it is like parties have a case and supposed to go to a judge who is impartial, who is not interested in the matter, if a party in a case has to go before a judge who perhaps belongs to one of the two groups, there won’t be a sense of freedom, fairness, trust.”

“So with due respect to Chief Alao Akala, I believe that he is least qualified to lead in the circumstances of Oyo state. My suggestion is the Bisi Akande led committee which is neutral, they are not from Oyo State, should be allowed to call both sides, listen to both sides as uninterested party by themselves, listen to us and then, we give recommendations and then we will be able to make progress.”

“My message is, I am interested in the growth and development of the party, this committee led by Alao Akala, I don’t think any good thing will come out of it and I am sure, I can speak for Unity Forum that we don’t believe that the committee can competently and impartially do that. How do we go before a committee made up of ninety-five percent acolytes of a person we have regarded during his life time as our traducer, so because they are APC members, there is no crisis, then we should go blindfolded.

” You see, it’s unfortunate, that Ajimobi is dead now, I am being cautious to talk ill of the dead, so that question really is not about who leads, somebody had led we know what the consequences of that leadership, I am thinking of now a Joint Leadership with the committee of elders and all of that. Perhaps at the appropriate time, when we have an impartial committee of elders made up of all sides, then perhaps from that group, they can nominate somebody to lead which will be acceptable to all.”

Attempts by GOALPOACHER NEWS to get the reaction of former Governor Adebayo Alao Akala to Shittu’s position proved futile as at press time.