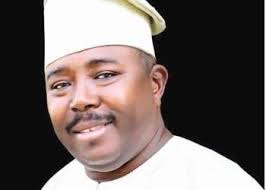 The governorship candidate of the Zenith Labour Party (ZLP) in 2019 general election, Akogun Sharafadeen Alli on Wednesday charged the Federal Government and the Nigerian Army to fish out the killers of the innocent protesters at Lekki toll gate on Tuesday night.

He said the posture of the military high command which was currently at variance with the Lagos State Government on the killers of the hapless citizens, had shown that there was more to the said attacks than what the Nigerian government was making Nigerians to believe.

Alli, a lawyer then advised the government to immediately set up an high powered investigation panel to unravel the killers as the claim of ‘unknown soldiers’ was not acceptable to all Nigerians.
advised President Mohammadu Buhari to speak to Nigerians rather than keeping quiet when the country is on fire.

The former Secretary to Oyo state government in a statement he personally signed in Ibadan on Wednesday Sympathise with familes and everyone who have lost loved ones during this sad occurrence..
He urge that the presidency should be humble enough to apologise to Nigerians on the recent develoments.

According to him, the soldiers cannot carry out such operations without receiving order from the President and Commander in Chief of the armed forces.

The statement reads in part;”It is unfair for government to deploy armed personnel to attack unarmed youth who are embarking on peaceful protest, demanding for their right. It is time for the president to use this opportunity to address Nigerians.

“It is still controllable if the government can take responsibility for the recent developments in our polity. The presidency should be humble enough to apologise to Nigerians,” he said.