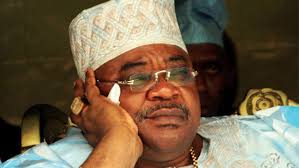 A former governor of Oyo State, Otunba Christopher Adebayo Alao- Akala has revealed that he has not begged or told anyone to allow him become the leader of the All Progressives Congress, APC, in Oyo State.

Akala, who stated this in an interview with Pees Reporters, while reacting to stories making rounds that he was not qualified to become the leader of the party in the state.

GOALPOACHER NEWS had reported that a former Minister of Communications, Adebayo Shittu, had stated that Akala does not have what it takes to become the leader of the party in the state or chair its reconciliation committee.

Reacting to his claim and many others, Akala stated that “those purveying the news are political neophytes and non-starters”.”

“I have read and heard comments by some politicians about the leadership of the party, after the untimely death of former governor Abiola Ajimobi, and I am not ready to join issues with them because they lack the political experience and exposure to understand that people command leadership and not demand it”.

“The purveyors of the rumour, to say the least, are political neophytes and non starters. I have not told nor begged anybody that I want to lead the party. The leadership of the party would emerge naturally. Those people are just privileged because they joined the party before me, not because they know what leadership is all about, ” the Ogbomosho-born politician said.

”By the special grace of God, I have been whatever I had prayed to be in this state. I have paid my dues as a politician of note. Those running their mouths on party leadership are non starters. What is upper most in my mind now is to take the party out of the woods by making sure that peace and genuine reconciliation is achieved in the party ahead of future elections, ” he added.