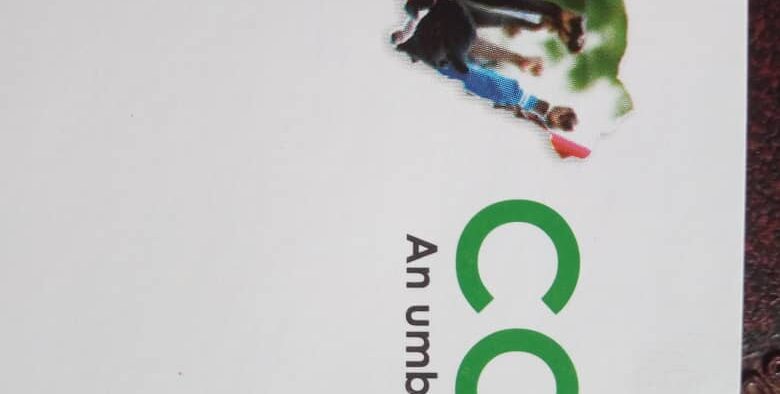 As AfDB Chairmanship election is to be held between Tuesday 25 August to Thursday 27 August, we unanimously endorse the ambition of Dr Akinwunmi Adeshina, Nigeria’s former Minister of Agriculture, for the 2nd term as Chairman of African Development Bank (AfDB).

It is high time President Muhammadu Buhari, GCFR, considered the plight of about 160 Nigerian Traders whose shops are still locked up in Ghana, for failure to do the Ghana Investment Promotion Council (GIPC) registration for $1m or in equity and they were give 14 day – ultimatum to regularise the demands by their Host Country.

We see this arbitrary charge of $1m as a quit notice given to Nigerian Traders in Ghana.

We unequivocally condemn the military coup in Mali alongside the Federal Government, United Nations (UN), European Union (EU), African Union (AU), and the Economic Community of West African Countries (ECOWAS) but it is also advisable for the Federal Government in particular to find out the position of France as a member of the World Powers (Great 7) on the Malian Junta because of the defence pact France had signed with Mali long time ago.

Nigeria as a prominent member of the ECOWAS must try as much as possible to resume the negotiation with Col. Assimi Goita, the Leader of the Junta alongside other member States to find a common ground without resorting to war at this period when coronavirus Pandemic is ravaging the economy of every Country of the World.

The true Representatives of people of Mali, who protested over insecurity and economic hardship on the Streets of Mali for weeks before the military took over must be properly carried along in the next phase of negotiation because the Junta saw the protest as public approval of their action.

Bringing back the ousted President Ibrahim Keita to power may be frowned at by the Malians while the Three year military rule suggested by the Junta will be surely condemned locally in Mali and internationally.

War could be the last resort if all entreaties failed.

We are very glad at collective performance of the Federal Executive Council, a year after being constituted.

Within a year, NNPC generates $4.60b from crude – oil, gas export, while the Prof Ishaq Oluyide led JAMB is also generating Billions of Naira unlike before he came on board, to mention a few.

Talking about Security, we commend the Federal Government approval of N13.5 billion for take – off of Community Policing across the Nation and Central Bank of Nigeria (CBN) approval of N50 Billion revival fund for Textile Industry, we will also call the attention of the President Buhari led Government to the need to double its efforts in ensuring greater impacts of its policies and programmes on Security, Corruption and Economy on the average Citizens of this Country.

The Minister of Police Affairs, Mohammed Maigari and Inspector General of Police Mohammed Adamu must ensure judicious use of the money.

It is not a new police structure that is being created but within the police which they will re – strategise and bring in community based initiatives.

The rural people will be engaged, trained by police and government will be giving the recruits stipends.

Efforts must be made by the Inspector General of Police to prevent illegal possession of arms by these vigilance and Neighborhood Watch Groups.

The timely and valuable contributions of Local Vigilance Groups in the arrest and re – arrest of a 19 year old Suspected Ibadan serial Killer, Sunday Shodipe, are highly commendable and these necessitate the urgent need for the smooth take – off of Community Policing.

If a Native Doctor could alleged that the NDDC Chairman spent N1b on Juju and personally burnt N270m at the cemetery while naked, as it was published by the News Magazine, 11 August, 2008, this, once again, confirmed the long history of corruption in Nigeria as a whole.

Therefore, it is surprising that despite the Federal Government efforts in fighting corruption, we are still hearing various allegations that involved billions of Naira in various Ministries, Parastatals and Agencies of the governments because corruption is deeply rooted. This shows that it is not yet Uhuru.

During his 2 hour presentation before the House of Representatives’ ad hoc Committee investigating arbitrary breach of Presidential breeches, Labour and Employment Minister, Chris Ngige, accused Nigeria Social Insurance Trust Fund (NSITF) of awarding 332 contracts worth N4.448b in one day. This happened 2 days after he left Office, following the dissolution of the Cabinet after the 2019 general election.

The famous probe of misappropriated N40b in the NDDC by the Senate is equally worrisome.

We throw our weight behind the NANS’ call for considerate re – opening of the Tertiary Institutions in Nigeria by the Federal Government.

We thank God Almighty, for spearing the life of the first Lady, Mrs Aisha Buhari and every other person on board of the Plane during a whirlwind challenge her Pilot had on air while she was returning from her medical trip to Dubai.

We felicitate with former NBA Chairman, Arakunrin Rotimi Akeredolu, SAN, Executive Governor of Ondo State on his 64th Birthday celebration and wish you landslide victory in the coming Gubernatorial election by Saturday, 10 October 2020.

Condolences Sir, on the exit of your High Chief, Asiwaju of Ido – Osun and Leader of Afenifere, Senator Ayo Fasanmi.
A ku ara fe’raku. Ojo a jin nan si’ra o.

May his soul rest in peace.