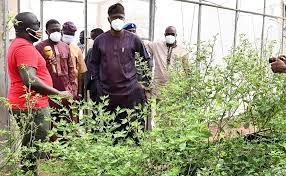 Oyo State Government has said construction works on the Akufo and Eruwa Farm Estates will begin in September.

Dr. Debo Akande, the Executive Adviser to Governor Seyi Makinde on Agribusiness and Director-General of Oyo State Agribusiness Development Agency, who disclosed this to The Guardian in Ibadan, said the pre-construction work and Environmental Impact Assessment of the two farm estates had been done.

Dr. Akande said about 15 proposals had been received from private companies on the projects, saying some of them had passed through the pre-approval stage by Governor Seyi Makinde and they are being reviewed.

“For Oyo State Youth in Agribusiness Programme, we have also started like three projects supported by three different international development organisations. Some coordinated by GIS and IITA as well. One of them is Youth State Youth in Tomatoes Production within the state.

“For Oyo State Regional Agribusiness Development Programme, the project in the Farm Estate is one of them. We have done the pre-construction work that needed to be done, the environmental impact assessment has been conducted and the energy survey of the place has been done. We already have several private companies that have sent their proposals to us. We are reviewing them. It is growing day by day and going around 15 that we are reviewing. Some of them have gone through pre-approval of His Excellency and going through a further review by Oyo State Bureau of Investment and Public -Private Partnerships. Those that have scaled through these different stages will go to the Ministry of Justice and go back to His Excellency and then for our agency to start. But this is in preparation for the take-off of the construction of the farm estates. The farm estates, because of few administrative issues were delayed a bit, but we believe strongly by September we expect that contractors will be in place to start the construction of farm estates proper. The two pilots at Akufo and Eruwa”.