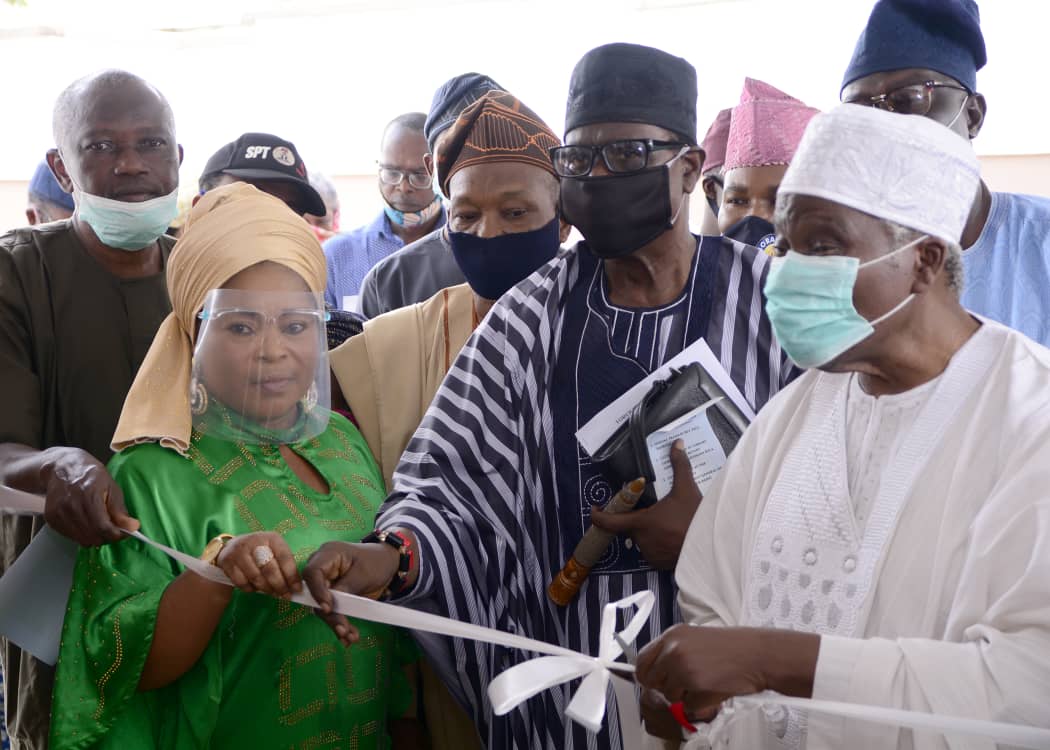 …….Opening of National Headquarters in Ibadan

The leader of Yoruba World Congress, Professor Banjo Akintoye on Saturday addressed Journalists in Ibadan on a violent free Yoruba Nation can be achieved, he spoke on the state of insecurity in Nigeria and other challenging issue….

Creation of the Yoruba Nation Without War, Violence and crisis. How achievable?

Yes, it is achievable, it would be achieved. We have established a presence in the diplomatic world by joining the UNPO and that has created an access for us to be in lot of places in the international community as part of the process.

We are better able now to speak to the highest level of human society in the United Nation and to many influential governments abroad.

We are better informed about what is possible and allowed as behavior of people like us who want the country of our own. We have follow that process meticulously to ultimate success. We have no doubt that we are on the right path.

Yoruba Race and challenges on Insecurity. What is your take on the creation of Amotekun?

Insecurity is the first topic we must treat. The Yoruba World Congress contributed enormously to the creation of the Amotekun Security Network today. We are still the organization following and appealing to the government to move the thing forward. Gradually they are responding, they are patriotic people. It’s just that the situation in Nigeria does not allows so much freedom of action by any governor. But in spite of that, they are putting things together.

Most of our states have stated recruiting the young men that would be trained, they’ve appointed the commandant.

My first experience of Buhari was in December, 1983 when he took over and him (Buhari) and Idiagbon claimed to try to destroy corruption and institute discipline in the society. In spite of the fact that I thought they were killing most of the time. His mind is naturally opposing to corruption.

When in 2015 he won the election and I was in the United States, He came to visit us and lots of Nigerian citizens came to welcome him in the embassy in Washington DC. I didn’t go but large number of people call when he’s through speaking telling me a messiah has come, a person who will clear Nigeria of corruption and we were all excited.

I was personally so credulous at that point that I wrote an article to welcome the person that will clear us of corruption. IT WAS A HOAX, there was nothing like that at all, now we know, perhaps a more serious thing to say. Corruption has become overpowering in Nigeria that there is no way any Nigerian will become president of Nigeria and seriously attempt to destroy corruption.

And as a controller of that ocean from the right to the left to the front to the back and you have unlimited power to do whatever you wish to do, that’s what fighting corruption means. You want to dismantle your power, it’s not good to happen.

Your message to him?

I don’t have any message to him personally, I think he has chosen his path and I just think as a human being and a man of about his age generational, I wish him good health.

But I have a message for Nigerians, and that is that, I will repeat what my colleague and professor Ango Abdullah said about two to three years ago. he said rather than continue to live in pain and agony with one another, why don’t we accept division and let everybody go and manage their own affairs, it is more Honourable. That’s what human beings rather than living in the same house and fighting every time, claiming this is where i belong, you don’t belong to a place where you are unhappy perpetually.

Are you advocating for a Peaceful Seccession?

I don’t use the word “seccession”, we do what is needful in our situation. We do what could be done legitimately. We can negotiate the dissolution of Nigeria without anybody fighting or throwing anything at anybody and I think we as human beings should honor ourselves and dignify ourselves to do a thing like that.