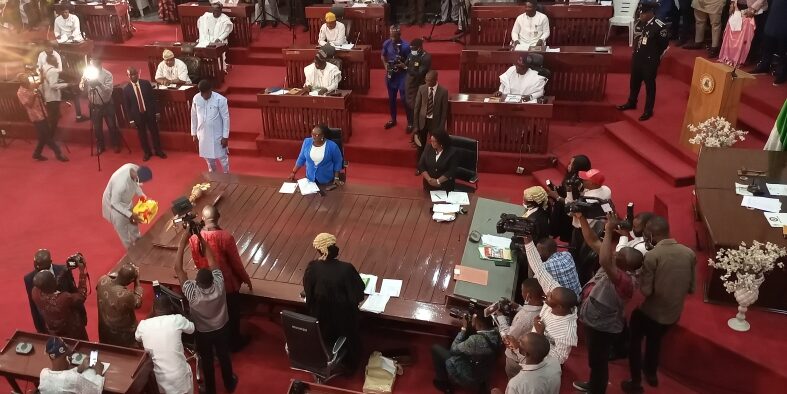 Governor Seyi Makinde of Oyo State on Monday presented a sum of N266.6 billion to the Oyo State House of Assembly for the 2021 fiscal year.

Presenting the budget, tagged:” Budget Continued Consolidation” , a sum of N56 billion representing 21 per cent is allocated to education while a sum of N46 billion is proposed for infrastructure representing 17.2 per cent of the total proposal.

For the establishment of primary health centres across of 351 wards in the state, a sum of N13.2 billion representing 4.9 per cent for health.

While declaring that 50.2 per cent was achieved in the outgoing fiscal year, Makinde stated that the state aims to achieve 70 per cent in the 2021 fiscal.