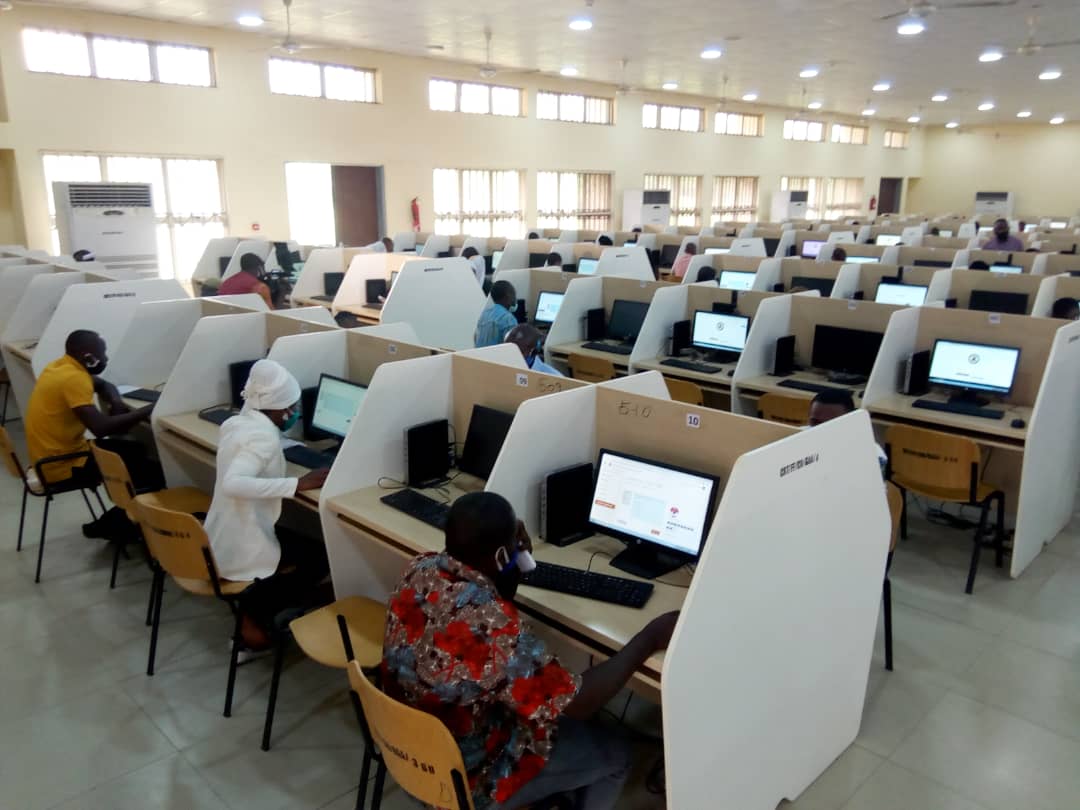 A shocking revelation was on Tuesday, dished out by the consultant handling the Computer-Based Test (CBT) for applicants jostling for 7,000 available teaching jobs at the Oyo State Oyo State Post Primary Teaching Service Commission (TESCOM), saying that one of the computer science applicants writing the test could not operate a computer mouse.

The consultant, Pastor Muyiwa Bambgose, who works with the Educational Advancement Centre, made the disclosure, while answering questions from journalists at the Distance Learning Centre (DLC) of the University of Ibadan, venue of the CBT on his assessment of the test.

According to him, these issues were not uncommon, as as some of the applicants are struggling with their computers.

He said further: “And today, we are having those who are going to teach computer science and physics.”

“So, we expect them to be really gurus themselves. We have seen somebody who is going to teach computer science who cannot scroll. But these are expected.”

“There are people around to guide them, not really help them, but guide them. Of course, there will be challenges. But so far so, we can say we thank God,” he added.

While speaking with newsmen, the Permanent Secretary, TESCOM, Mrs. Grace Oderinde, noted that the applicants arrived for the examination as early as possible, as they were came in under three sessions, “A, B, and C.

She expressed appreciation to all members of staff of the commission for the commitment to the successful commencement of the examination as stipulated.

“I can say, we are operating under a fair condition and we thank God for everything. We have few candidates that have challenges, probably they had errors in the form they filled. So, we took down their information,” she said.

Also speaking, the Nigeria Union of Teachers (NUT) chairman in the state, Com. Adedoyin Tojuade expressed satisfaction over the conduct of the examination, adding that the arrangement was one of the best in the history of the state, pertaining to the recruitment of teachers.

He maintained that the system would allow for the recruitment of the best among the candidates against the allotment of candidates to political office holders that used to hold sway before now.

His words: “So far, so good, we have seen that, we have started well, because the examination has just started today and we hope we continue with this arrangement until the end if this exercise. So we are actually satisfied with what is on ground now.”

While allaying fears of some of the applicants on the call for decentralization of the computer-based test, Com. Tojuade, stated that the union had raised the issue that the CBT should be decentralised with the government, but the TESCOM boss said they had tried as much as possible guard against leakage of the questions, adding that was the reason they centralised the computer-based test and see what would come out of it.

“And that is why the examination has been centralised and making sure that we have many days so that not all applicants will gather together in a day.”

He, however, advised the applicants to put in their best, adding that Governor Seyi Makinde has assured that merit would be strictly followed in employing successful applicants.

Some of the applicants that spoke with newsmen, expressed satisfactions with the conduct of the test, while applauding the state government for leaving up to its expectations by making sure the test holds as stipulated.

Meanwhile, about 441 first-class graduates from different fields applied to write the computer-based test on Tuesday, amid tight security measures put in place, as the exercise which was to run through the week till Saturday attracted applicants from all the zones of the state.

GOALPOACHER recalled that over 90,000 applicants was captured by the TESCOM as disclosed by the Chairman, Akin Alamu.

Though, he didn’t say non-indigenes would be shut out, he stressed that more preference would be given to indigenes of the state.