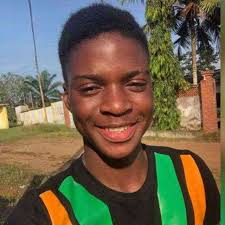 …says youths won’t calm down over his tragic loss

AS the tragic loss of Gbedebo Richard, a 300-level University of Ibadan student, who died last week Monday, while on a night shift at the Henkel Industries Ltd, makers of WAW detergent, located at Oluyole Industrial Estate, Ibadan, Oyo State, continues to gather sympathy from different personalities, a youth human rights advocate, Segun Adesokan has sought the attention of President Mohammadu Buhari, Governor Seyi Makinde of Oyo State and all relevant stake holders to rise up in defence of the deceased family every other Nigerian worker who can’t breath, under what he alleged as suffocating grip of Oluyole industry foreign owners.

He made the appeal, during a personal chat with Vanguard, noting that it barely a month since the demise of one of Nigeria’s youngest shining stars in aerial military combat, Tolulope Arotile who was reportedly knocked down by a car.

Richard, according to him, was a hard working Nigerian youth, who had decided to engage himself in a holiday job having been at home for close to four months, occasioned by COVID-19 halt to academic activities nationwide, by taking up a casual work at Henkel Industries Ltd, makers of WAW detergent, located at a Industry in Oluyole Estate, Ibadan, Oyo State.

He said Mrs Abosede Gbadebo, Richard’s mum had initially breathed a sigh of relief when his son opted to work as a casual labourer, to bolster the family’s finances, especially offsetting his UI school fees which had not been paid as of the time of volunteering to seek employment, but little had Richard known what gruesome fate that awaited him.

Adesokan further added: “Incidentally, the mum is also one of the members of staff of this said company where Richard has sought employment.”

“Until his death, he was a 300-level undergraduate of European Language, of the Faculty of Art, University of Ibadan. He was the only son of his parents.”

“Over the years, operators and owners of industries within Oluyole Industrial Estate axis had gained infamy and considerable notoriety as sets of terrible employers, and its industries tagged as unsafe places to work, even as some Ibadan residents had labeled Oluyole industries simply as spectacles of companies who operate reckless, tyrannical and repressive labor laws by its inhumane foreign owners, among which are Labanese, Indians, Chinese and others.”

“Members of the general public perception of ‘Oluyole Industries’ in Ibadan is summarized as thus: a slave camp with repressive labor laws, supervised by evil task masters.”

“My choice of words may be a little bit harsh, but I implore you to do some background checks from those who know some of the workers around the area. Nonetheless, a few industries within the area still have fair condition of service.”

“I mean a negligible few number of industries have fair and safe labour condition, only that its army of grossly underpaid and pauperized work force of several other companies within Oluyole Industrial Estates continues to groan hurtfully, under a deliberate traumatized condition of service by the employers, even as we speak.”

“Its barely a month since the demise of one of Nigeria’s youngest shining stars in aerial military combat, Tolulope Arotile who was reportedly knocked down by a car, again Nigerians were on Tuesday treated to another shocking news of a killed 21 years old, 300 level student of University of Ibadan, Richard Gbadebo, having been involved in a fatal industrial accident at a soap making factory in Ibadan, Oyo State.”

“One very shocking sight that some observers and the dad found very hard to believe has to do with when the remains of Richard was unwrapped from the body-bag which had conveyed him to the mortuary. No single drop of blood was found on his body nor blood stains around the body-bag, according to the dad who witnessed the body at the mortuary, despite claims that the machine had shredded off a larger part of his hands and intestinal organs.”

“The begging question that has continued to defy logical answers is this: How could a machine whose height is only scaled through stairs would kill a staff by shredding hands and intestine alone, leaving out the head and chest areas. Even at that, considering the height of the machine, it could have taken a conscious leap to get into the machine and get killed, upon using the stairs.”

“How could an inexperienced casual staff be left unsupervised with a lethal industrial machine?”

“When the incidence occurred, why was he left stocked in the belly of the machine for longer number of hours to the point that no stains of blood were left in his body, nor blood stains when the body was unwrapped at the mortuary?”

“Or perhaps, was his death a conspiracy by some yet to be identified elements within the organization and why has the arrest of some members of staffs as claimed by the industry turned out to be a lie?”

“Few hours after the tragic incidence, the entire area around the the industry was engulfed in a sporadic protests from members of University of Ibadan students’ body while many other concerned Nigerians feel outraged by contradicting claims of the company. It took a sustained efforts of several law enforcement agencies to maintain peace and order after the incidence.”

“My Personal findings and interaction with a former staff of this same company had confided in me how badly and poorly kitted the staffs had been over the years.”

“This source further disclosed that the company is owned by a French National, but most of its management staffs are Indians, who only provide protective gears to staffs only when there’s an anticipated visit by some special guests,from France. And after the visit, its business as usual.”

“He also alleged that the first month salary of any of its staff is always withheld only to release only thirty percent, upon resignation, among other bad working conditions like poorly equipped clinic.”

“On this note, I strongly want to appeal to all well meaning Nigerians to stand in defence The Gbadebos in ensuring that justice is served, and by extension also Kickstart a process by which critical reforms would be initiated so that welfare and safety of Nigerians would be guaranteed, allow for more active labor unions, life insurance and improved condition of services for its teeming population of pauperized staff,” he pleaded.

Meanwhile, the remains of Richard had been buried on Wednesday, while Oyo State Government has sealed up the premises of the company, pending the final outcome of all investigations.

Oyo State Police Command had also assured members of the Public that a thorough investigation is ongoing, while it also appealed for peace from all concerned individuals.

Edmund Obilo Meets Makinde, Urges Him to be a Representation of Transformative Leadership